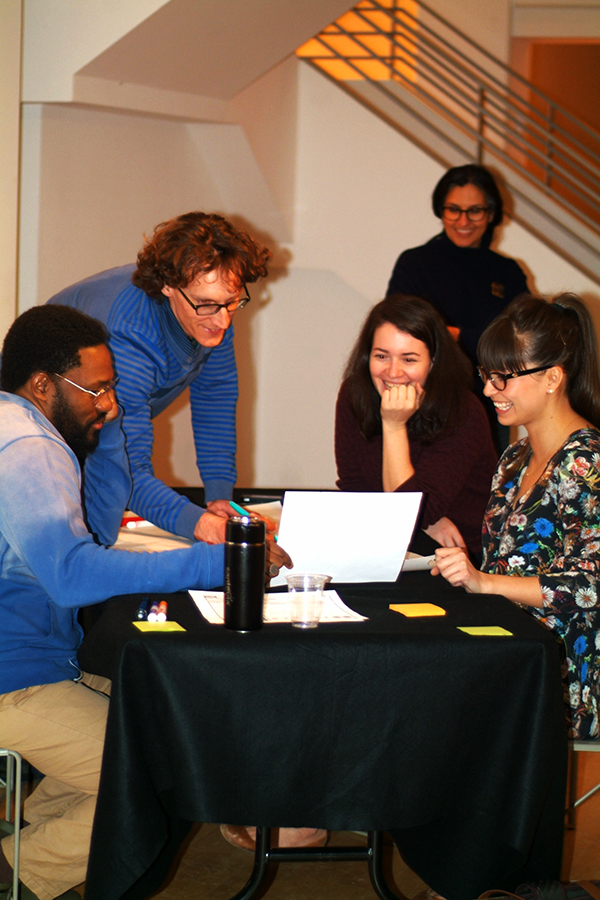 Since April a dialogue on city building has been quickly connecting cities across the nation. The goal, utilizing data collected from round tables hosted in urban centres, is to “build a vision and action plan to make Canadian cities healthy and exciting places to live, work and play.” I got involved because I believe in the power of gathering in small circles. When we come together with a spirit of openness ready to dream about a different kind of future anything becomes possible.

Often the discussion of city building revolves around practical issues like infrastructure and public transportation. My goal, in convening several intimate round table conversations in Ottawa for the #WeAreCities campaign, was to expand the discussion to consider what it means to build cities that offer respectful, safe and celebratory places for everyone. 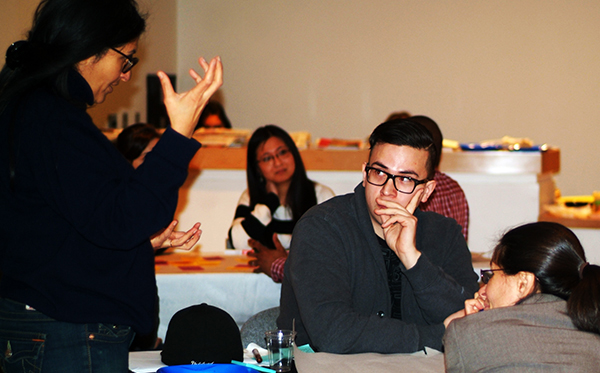 “Create a big vision for  your city and tell us about it” was one of the exercises each group was given. The round table at Carleton University Art Gallery was stacked with PhD students from Cultural Mediations all working in the space of decolonization / indigenization so naturally the visions encompassed ways to nurture a vibrant Indigenous presence in Ottawa. This city has a large urban Aboriginal community and for many the presence of First Nations, Inuit and Metis leaders gathering in Ottawa to work in law, policy, and culture gives the city a richer  dimension. The round table also included PhD student Kanatase Horn (PhD Candidate in Legal Studies) along with Wahsontiio Cross (PhD Candidate in Cultural Mediations). Their vision was to have Ottawa renamed by the Algonquin people from this area. Here Kanatase reflects further on what that vision could mean. 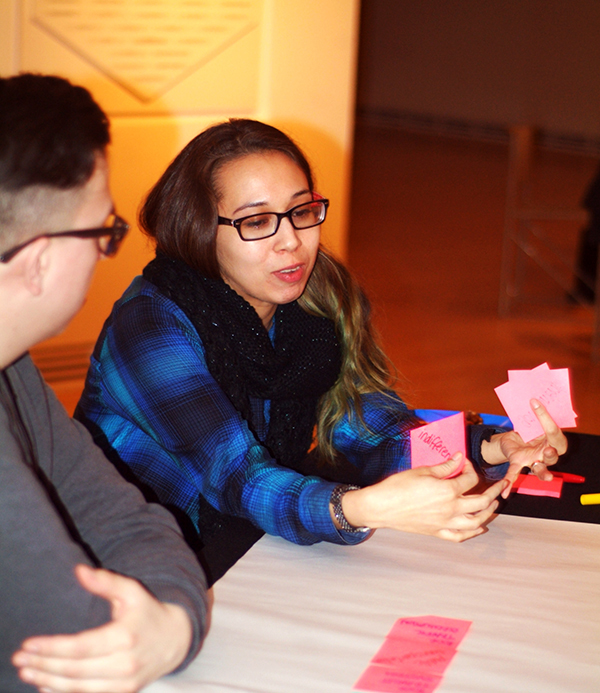 Change the name change the relationship

“Decolonizing and Indigenizing urban spaces is often met with a certain amount of resistance. In a country that has a difficult time balancing individual rights while simultaneously ‘celebrating’ pluralism, it’s to be expected. The atmosphere is tense to say the least. However, this tension should not prevent us from exploring the possibility of decolonizing urban spaces, since considering Canada’s history of colonization, as well as ongoing settler colonial processes of assimilation and erasure, Canada needs to change. Urban spaces provide fundamental locations for that change.

When Indigenous people move to urban areas from their home communities, they usually face economic and social oppression, racism, and increased exposure to police, as well as the criminal justice system as a whole. Rather than the consequence of individual choices however, such negative experiences should be understood as the result of larger structural realities anchored in settler colonialism. And this is why Decolonizing and Indigenizing the urban space, especially in the Nation’s Capital, is important to support and be a part of if you desire to live in a just society for all.

Simply put, these types of actions can initiate the changes necessary to turn Canada from a settler colonial society into a genuine post-colonial nation. It should not, however, be seen as a project that is inherently political. Instead, it should be seen as a project that takes place at every level of society, where there is room and space for everyone to participate. One example of an action with deep symbolic meaning would be the changing of the name of the city of Ottawa to an Algonquin word chosen by the Algonquin people from the unceded territory that Ottawa is located on. Such an action could initiate the kind of social and cultural changes that would make urban spaces more welcoming spaces for Indigenous people as well as Non-Indigenous people since the act of Decolonizing and Indigenizing does not mean prioritizing Indigenous people over others. These types of actions mean placing priority on relationships with each other and the land.

Decolonizing and Indigenizing urban spaces like Ottawa means recognizing that we exist on the land together – land that is the traditional territory of the Algonquin people. While changing the name would be a symbolic gesture, its potential for social and cultural transformation in the hearts and minds of citizens is huge! It would mean going back and trying to adjust our lives so that it reflects the vision that Indigenous people held when they invited settlers to live on their lands with them. This is not about producing exclusions or apartheid like living conditions. Rather, it means living on the land, even in an urban space, in such a way that our traditional hosts would deem appropriate and respectful to all of those around us.” 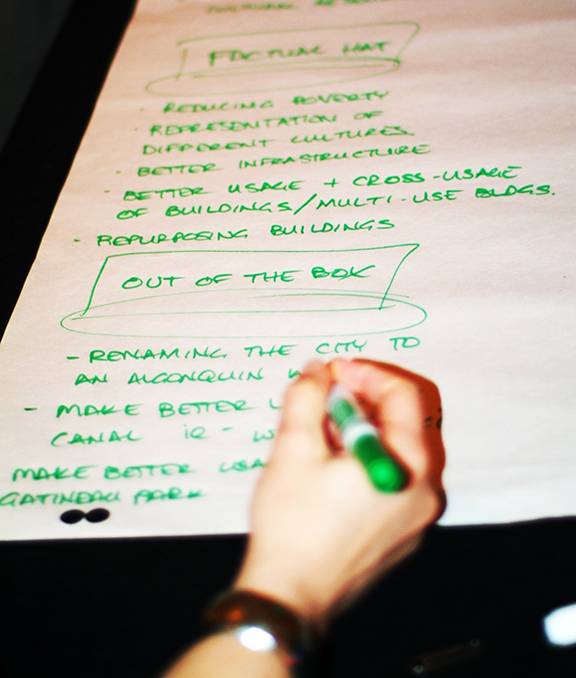 Is this even possible?

Name changing may seem like a complicated, seemingly impossible task but my co-facilitator Manjit Basi of Citizens Academy was quick to point that India went through it’s own process of name changing that started early in the pre-colonial era after independence. In 1956 the state of Travancore-Cochin was changed to Kerala and then more recently Bombay to Mumbai (1995), Calcutta to Kolkata (2001) and Mysore to Mysuru (2014) proving it can be done without unravelling a country.

There is no reason that we can’t do the same and the participants of this We Are Cities’ round table have proposed an action that could create a lasting legacy that speaks to reconciliation. 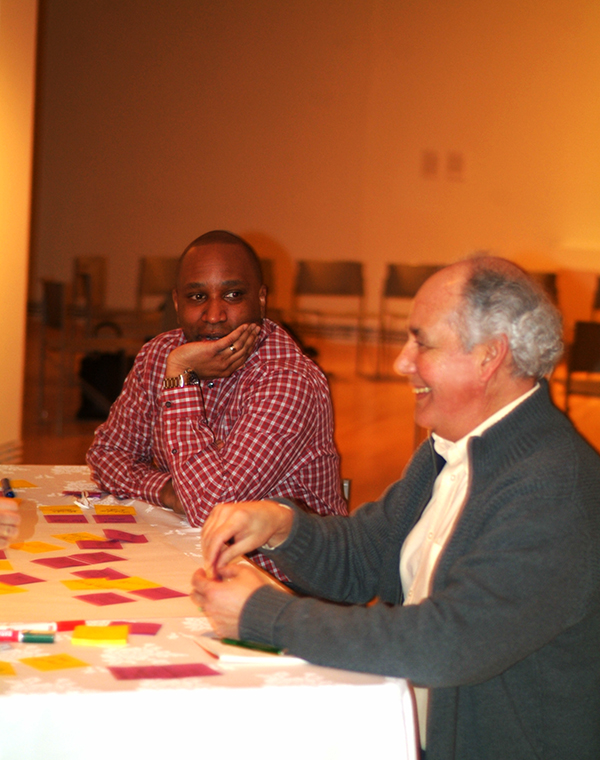 Mixed Bag Mag would like to thank Carleton University Art Gallery for providing the space for us to convene. Thanks to Citizens Academy for co-facilitation support and materials. Thanks to poet Jamaal Jackson (Just Jamaal) for closing our session in one of the most beautiful ways – a poem. (read here)

And finally thanks to all the participants for your thoughtful contributions.

Want to host your own round table in your city? Find out how here! 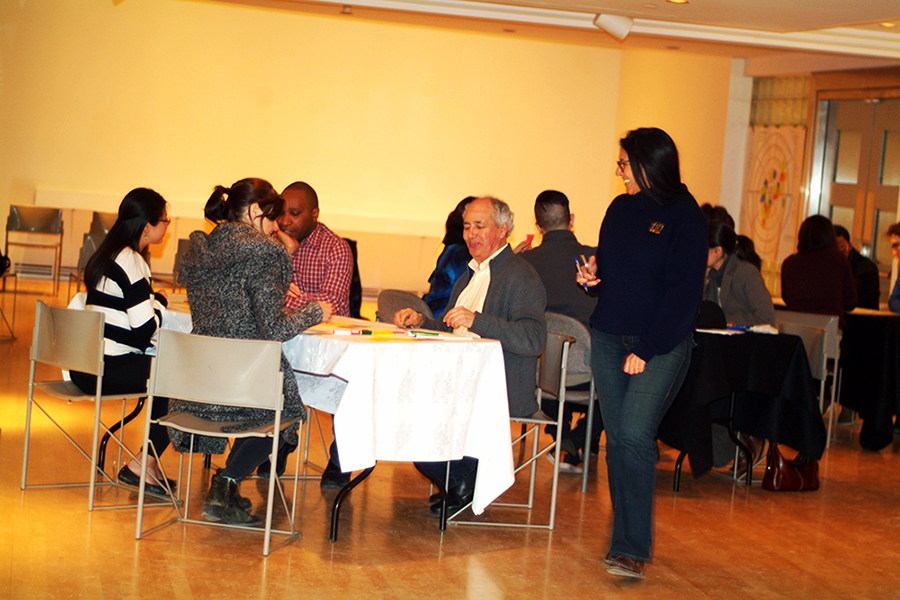 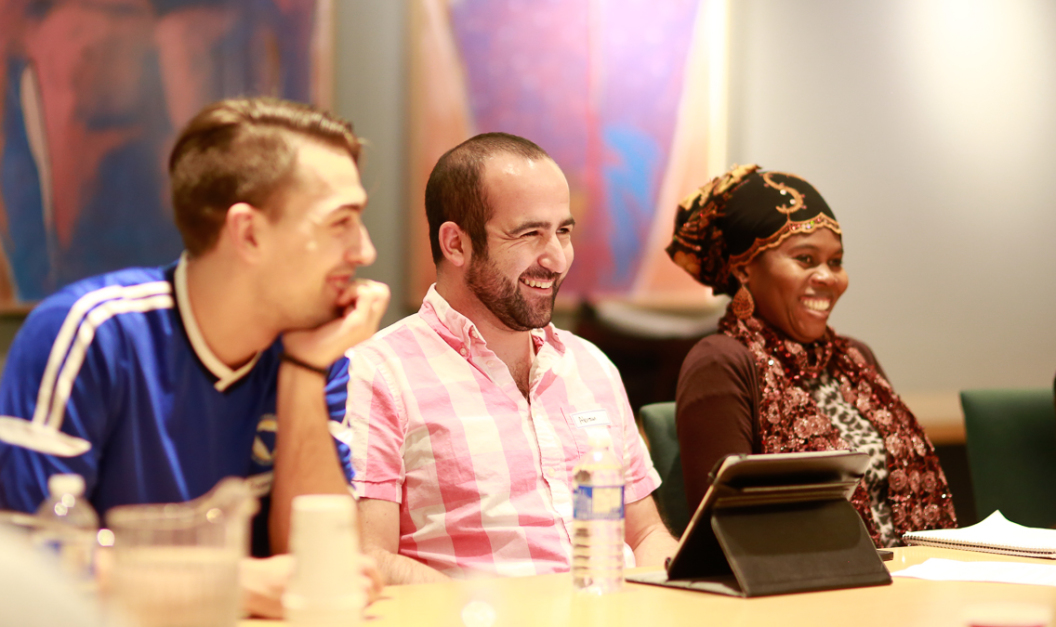 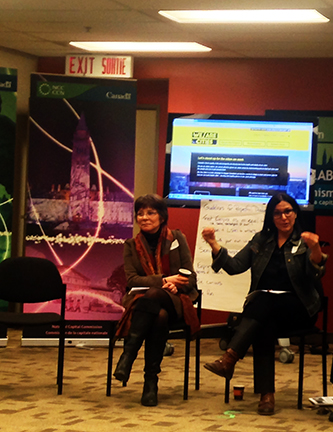