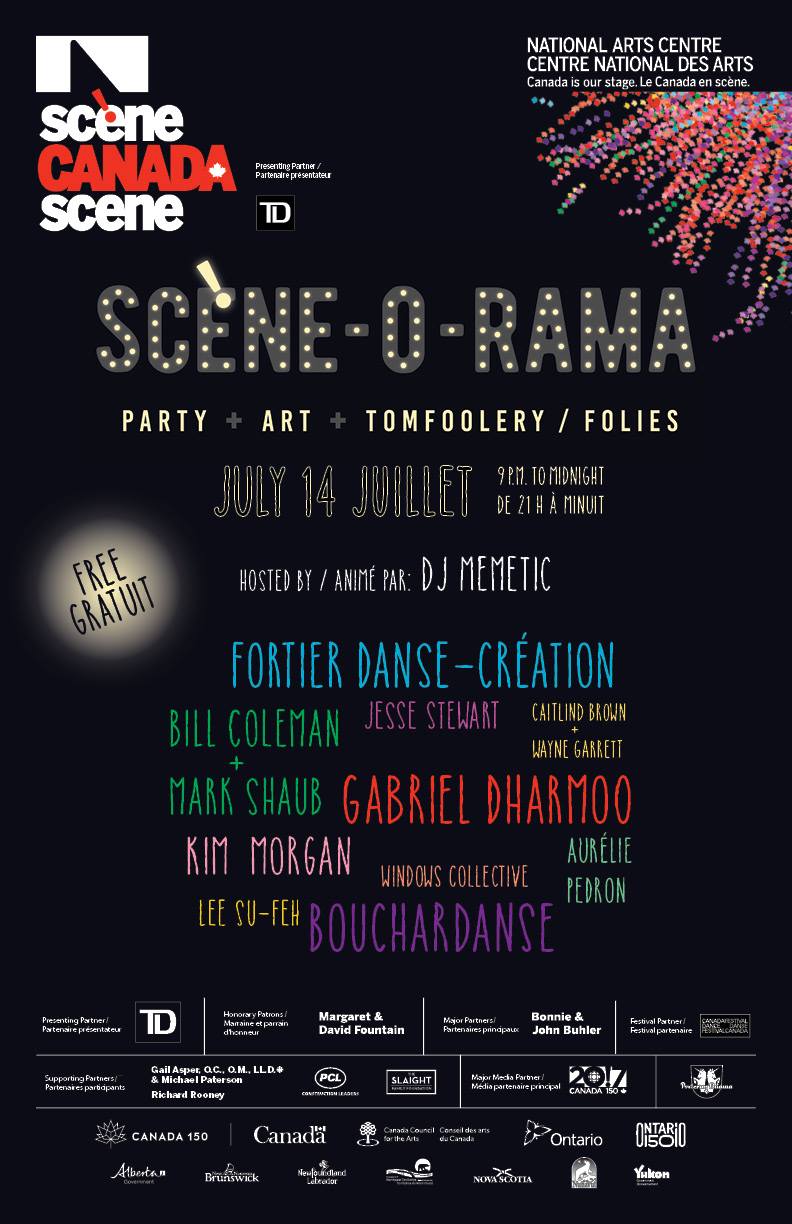 Ottawa’s National Art Centre has your Friday night planned out with Scene-o-Rama!

The NAC always does a fantastic job of transforming their lobby space into a pulsating event space with a club-like atmosphere. Whether it’s an impromptu round dance with A Tribe Called Red or ITK’s Taste of the Arctic they are experts at hosting parties that are unique and sexy! This weekend opens with another FREE Canada Scene event hosted in the NAC’s Canal Lobby. Along with art, performances and live music, drinks and Canadian tapas ($8 / piece or 4 for $30) will be available throughout the evening.

Hosted by DJ Memetic and featuring performances and installations by:

Presented in association with the Canada Dance Festival