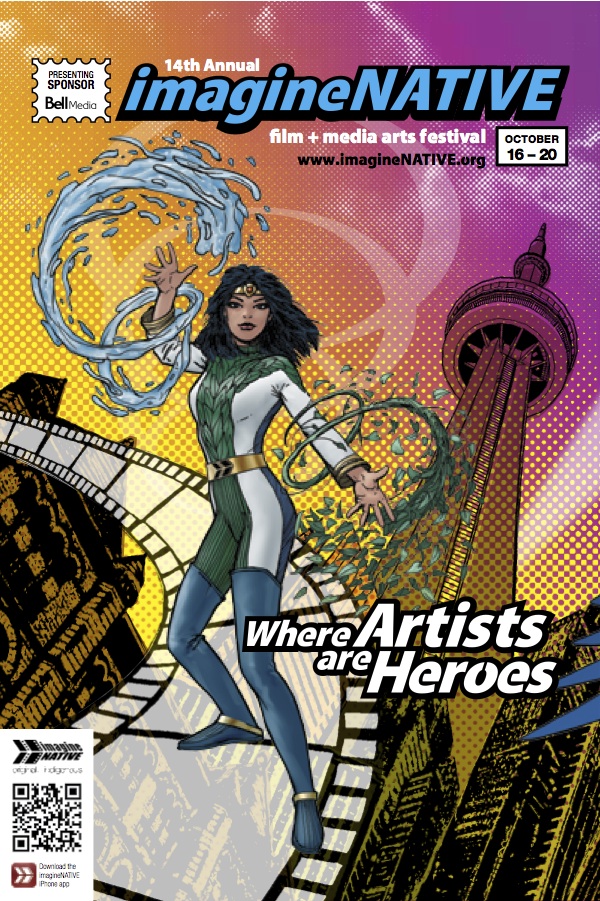 “The imagineNATIVE Film + Media Arts Festival celebrates the latest works by Indigenous peoples at the forefront of innovation in film, video, radio, and new media. Each fall, imagineNATIVE presents a selection of the most compelling and distinctive Indigenous works from around the globe. The Festival’s programming, cultural & social events, and Industry Series attract and connect filmmakers, media artists, programmers, buyers, and industry professionals. The works accepted reflect the diversity of the world’s Indigenous nations and illustrate the vitality and excellence of our art and culture in contemporary media.” Find out more…

This year’s international spotlight is on the Maori Nationhood.

“This year, we are incredibly pleased to spotlight the works of Maori artists from Aotearoa (New Zealand). The Indigenous film industry in Aotearoa has long been the envy of many Indigenous artists living abroad. Critically and commercially successful feature films are joined by award-winning shorts, ground-breaking new media works and an expansive radio network.

The Maori presence is prominent throughout Aotearoa and their population is roughly 673,500 or 15% of the national total. The Maori diaspora is also quite significant as more Maori reportedly now live in Australia than in Aotearoa. We welcome the Maori delegation to imagineNATIVE, to our shared territory with open arms, and invite you to enjoy and reflect on the Maori-made works.” Read more…