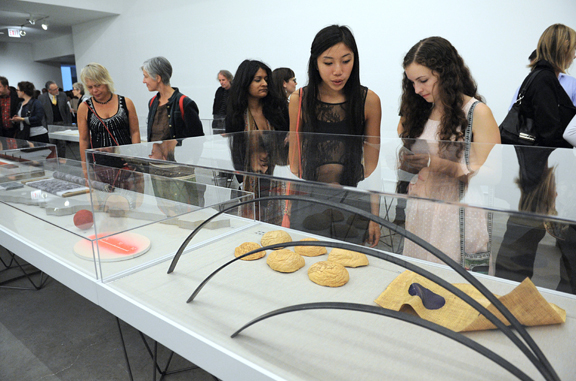 Polar opposites in the continuum of contemporary art.

Beat Nation and One, and Two, and More Than Two lie at the contradictory ends of Contemporary Canadian Art and within Micah Lexier’s One, and Two, and More Than Two show more contractions occur. In his video piece and Two refuse is moved around on a clean slate. This is Micah’s collection of cardboard cast-offs that he has curated based on similarities. He carefully choreographs the debris. This is my favourite work in the show. I will miss its precise impreciseness. 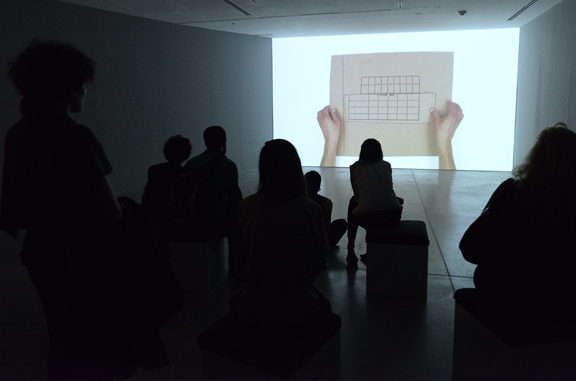 Image of Micah Lexier and Two courtesy The Power Plant.

In and More Than Two Micah has gathered together a slice of Toronto’s art community. He visited the studios of over 100 artists working in Toronto and took something from each place. The controversy with this collection is around the issue of whether it is a proper survey of Toronto’s current art scene as it is a selection of predominantly white artists. And More Than Two is the antithesis of how most people regard Toronto – the quintessential Multi Culti city. And for all the material diversity encased in the vitrines the process of categorization renders the work even more homogenous. And More Than Two seems less about diversity and collaboration and more about curation based on a chosen aesthetic. Regardless, the effect is stunning.

Micah’s way of organizing randomness carries over into his own solo work One where what seems like an  arbitrary selection of his work notes becomes contained within the even flow of frames spaced without pause across four walls. 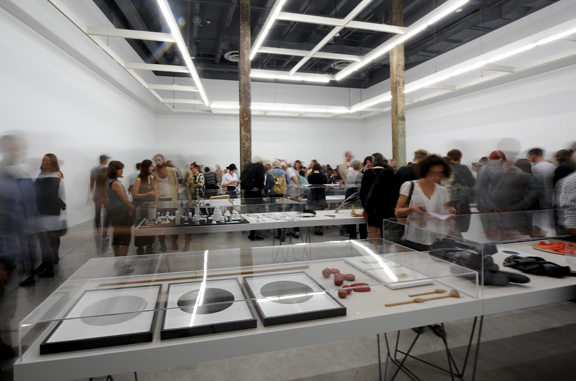 Without a doubt this entire show is visually impactful. It is ordered disorder, asymmetrical symmetry, and the visual polarization of black juxtaposed with an abundance of white space. The immediate evaluation tends to be that this exhibit reads as sterile but upon closer inspection it is anything but. What I notice about this show is it slows people down as they meander through the vitrines and then onto the other rooms all the while mesmerized. People stop to take a long look because as you walk through it you get the sense that each object, each page, each cardboard cutout has been chosen with reverence. And therein lies the warmth.

Provocative and engaging One, and Two, and More Than Two closes tomorrow, Sunday, January 5.

The content of Beat Nation (also at the Power Plant earlier this year) brings us to the intersection where the choice around aesthetics is motivated by agency – a re-mixing of the conscience soul of Hip Hop as applied to the right to embody one’s Indigeneity in a contemporary context.

This show is also about a multi-layered experience using music, dance, and mixed media to indigenize the white cube gallery space.

Beat Nation is an example of another beautiful show that challenges what is contemporary Canadian Art. Originally an online exhibition, it has been hugely successful as it has traveled back and forth across the country at various venues. Each iteration of the show brings in a new arrangement of artists with the MACM show including the following:

Both of these exhibits showcase how Canadian  Art is coming into its own a powerful contemporary voice. 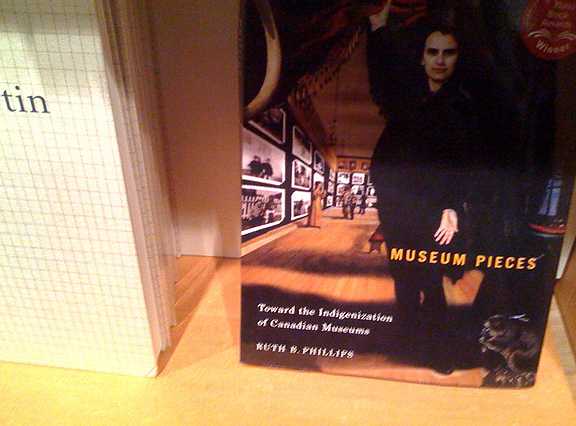 Museum Pieces: Toward the Indigenization of Canadian Museums
“Ruth Phillips argues that these practices are “indigenous” not only because they originate in Aboriginal activism but because they draw on a distinctively Canadian preference for compromise and tolerance for ambiguity. Phillips dissects seminal exhibitions of Indigenous art to show how changes in display, curatorial voice, and authority stem from broad social, economic, and political forces outside the museum and moves beyond Canadian institutions and practices to discuss historically interrelated developments and exhibitions in the United States, Britain, Australia, and elsewhere.” Read more… 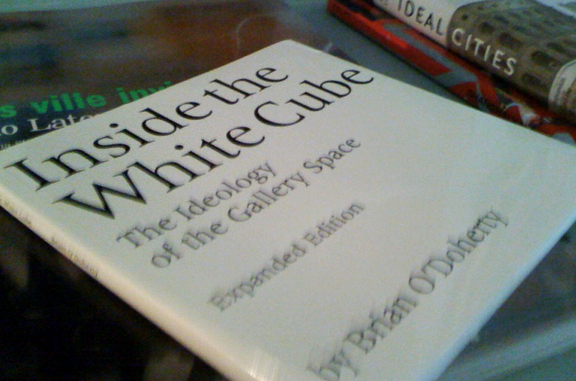 Inside the White Cube: The Ideology of the Gallery Space
“….O’Doherty was the first to explicitly confront a particular crisis in postwar art as he sought to examine the assumptions on which the modern commercial and museum gallery was based. Concerned with the complex and sophisticated relationship between economics, social context, and aesthetics as represented in the contested space of the art gallery, he raises the question of how artists must construe their work in relation to the gallery space and system.” Read more…

Beat Nation artist Geronimo Inutiq (madeskimo), curator Candice Hopkins and Beat Nation artist Dylan Miner speak on moving between the past and the present in contemporary Indigenous art in Canada and America.