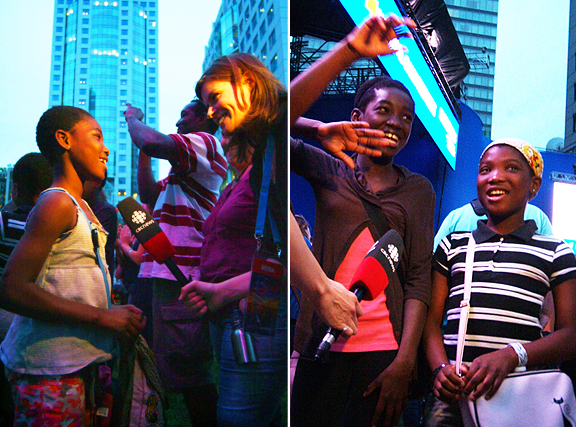 Young fans talking to the CBC about why they love K’NAAN and performing an impromptu version of K’NAAN’s “Waving Flag”.

Just over a year ago I gave myself an assignment to start the ball rolling on what was ultimately going to be my bigger project – MIXED BAG MAG. On my blog, The L. Project, I began to produce a portfolio of work that demonstrated my knack at uncovering and then curating a theme, a stream, an undercurrent. I went out into Toronto to find other people that spoke a new 21st Century language – intercultural, interdisciplinary, socially innovative – people that with their creativity were into sparking a flame that could lead to BIG change.

And since I went out to explore what made Toronto such a fantastic model for a 21st Century city it only made sense to begin my journey of discovery by covering what I believe to be the quintessential model of a 21st Century arts festival – LUMINATO.

LUMINATO is the ultimate mixed bag!

For LUMINATO 2011 I cleared out my account and bought all the tickets I could afford. Along with my bank account I cleared my calendar and for the next 10 days immersed myself into all that I love –dance, music, film, literature, visual arts, design and more! Extraordinary was already in season for me in 2011 and with 35+ events attended in all, LUMINATO was undoubtedly the highlight of my year!

At Luminato 2012, I spent most of my nights taking advantage of the free concerts at the Luminato Hub (David Pecaut Square) in an effort to scout out what acts may be a fit for MIXED BAG MAG. The music I experienced criss-crossed the globe from Mali (Fatoumata Diawara) to the Balkans (Shantel & The Bucovina Club Orkestar & our local Lemon Bucket Orkestra), and included Canada’s own K’NAAN, a Somali born performer who mixes hip-hop with traditional Somali musical elements and poetry. 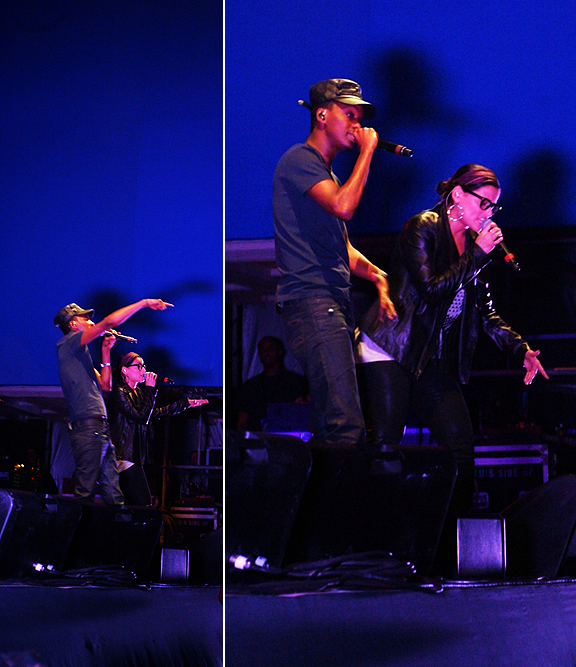 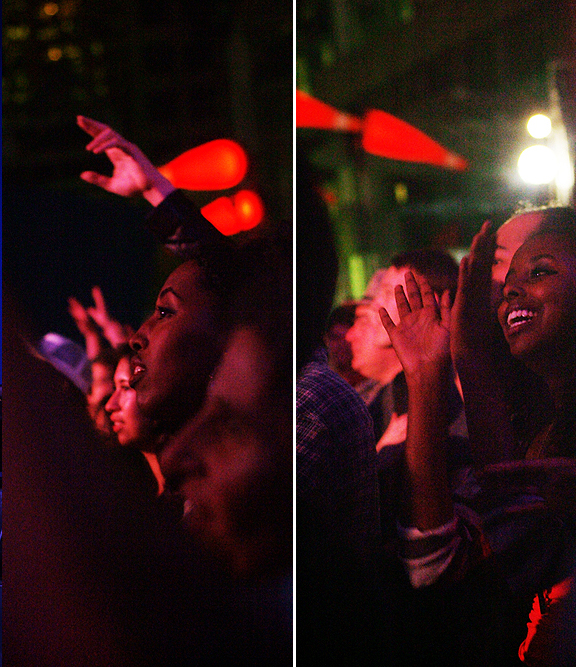 Each night as I witnessed the diverse crowds that would show up I noticed something. Along with people that were unfamiliar but open to the music that was being performed, others were intimately acquainted with what was being sung. Behind me, beside me and in front of me were people belting out lyrics in a language that was their original mother tongue. In the location of their new home, people were able to joyously sing, at the top of their lungs, the songs from the home they left. You could sense the cathartic release!

How powerful can this be for us as a community if we choose to collectively celebrate the sum of all our ethnically diverse parts?

A beautiful week of beautiful music only confirmed what I already believe – that events like LUMINATO offer more to us than just entertainment. At a societal level these types of events can offer healing.

This is why I began this project and my journey of curating at MIXED BAG MAG the best of what I call New Culture because what is closest to my heart is the transformative power of culture. Ultimately it is the energizing spark that can ignite our souls. 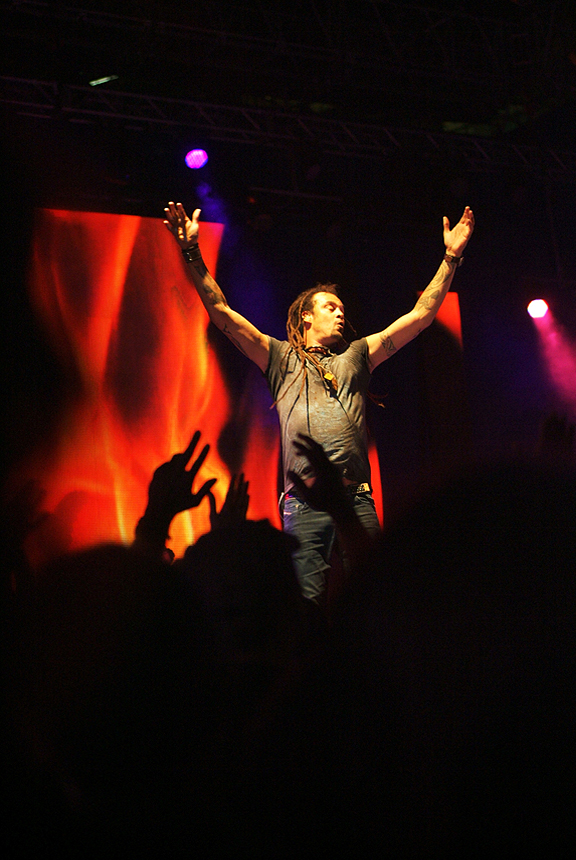 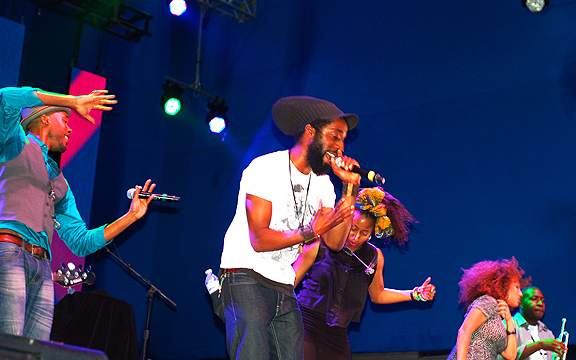 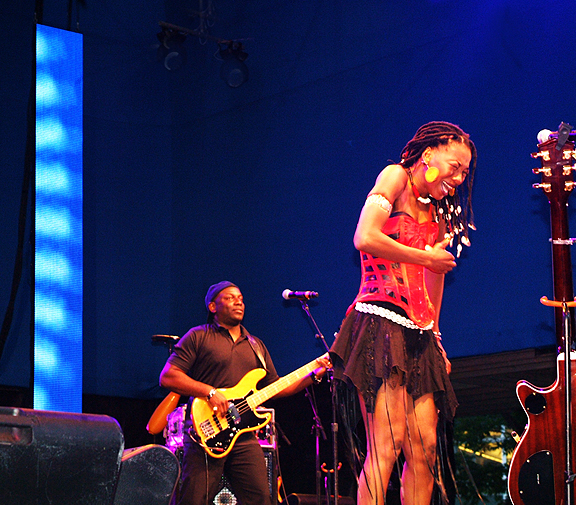 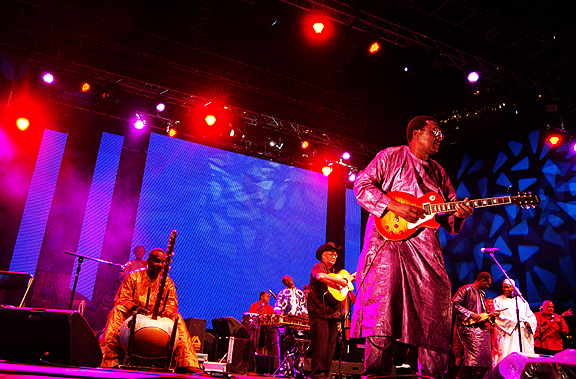 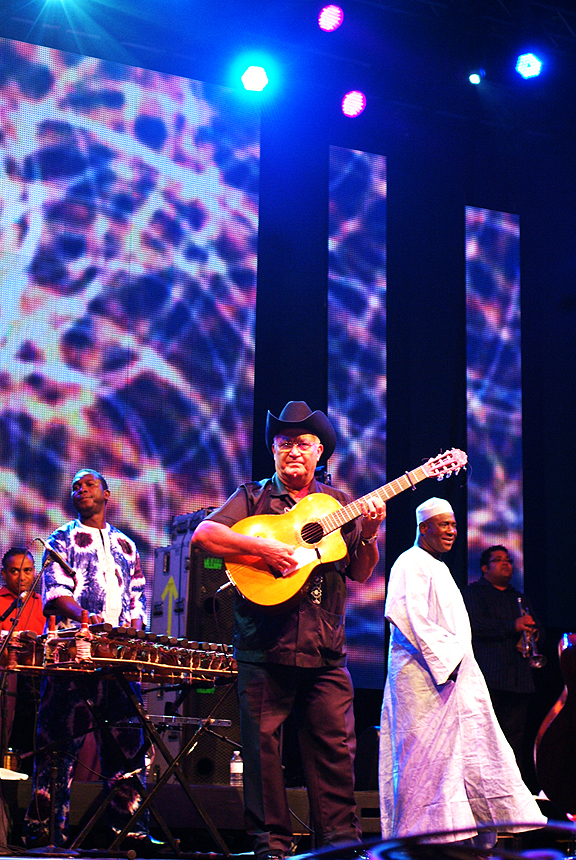 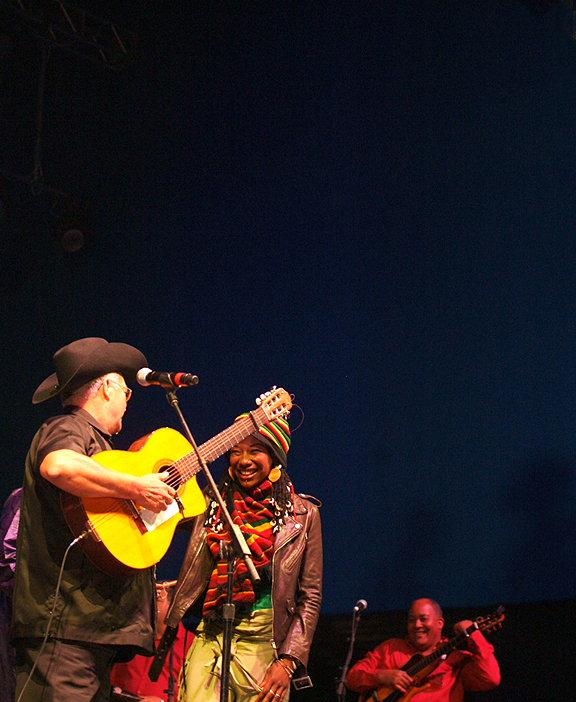 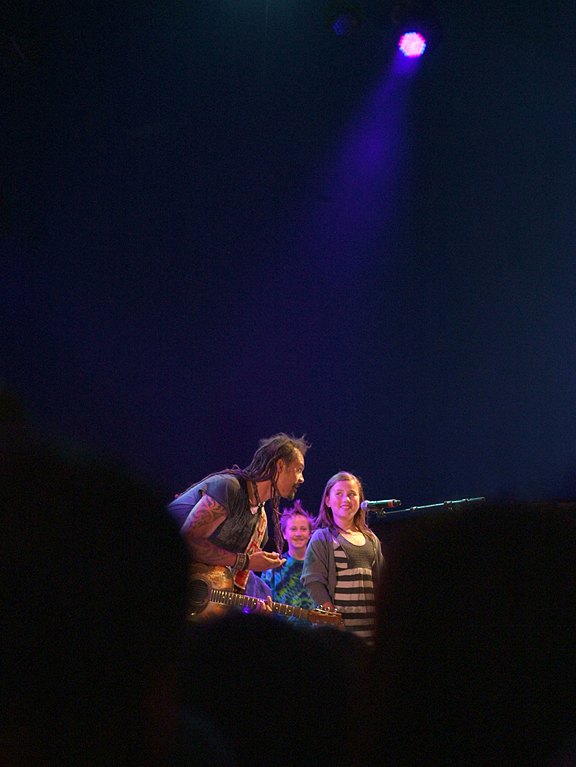 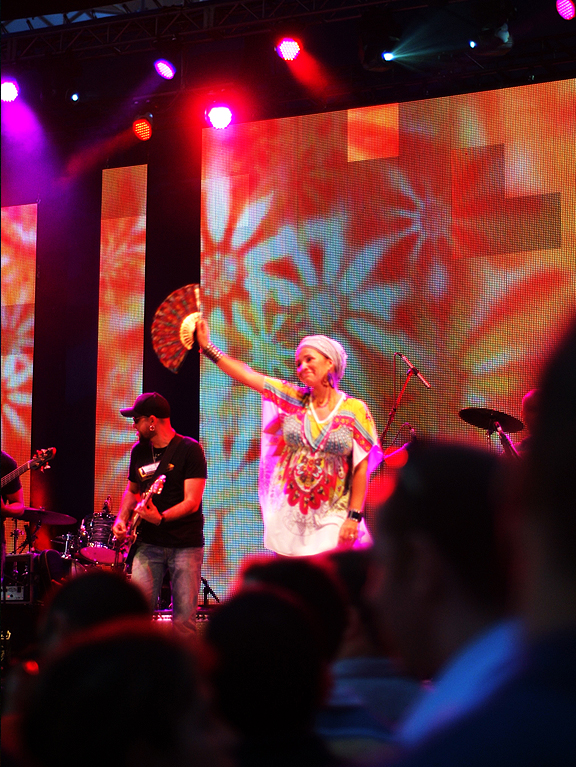 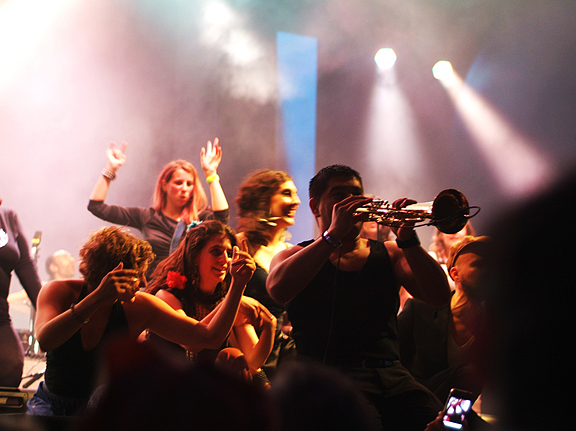 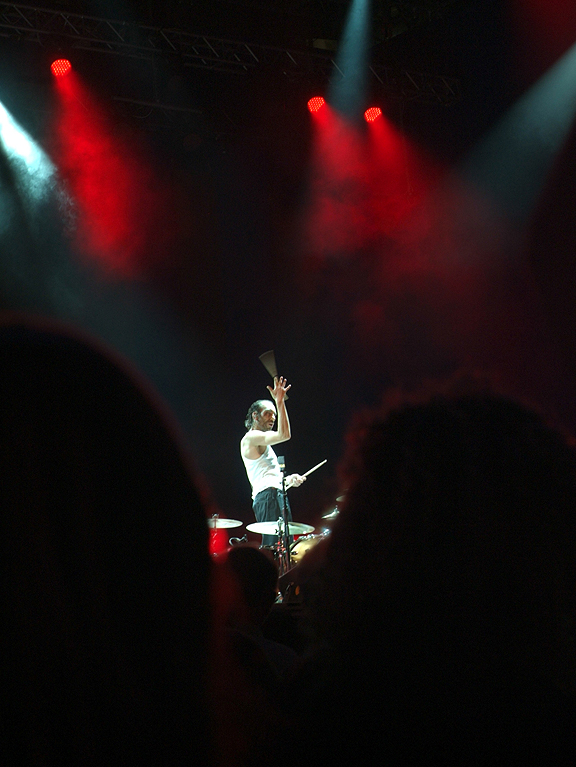 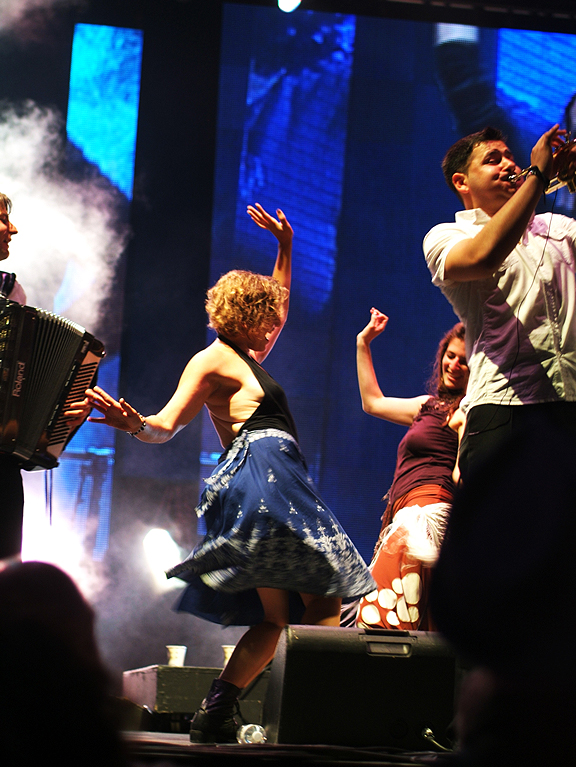 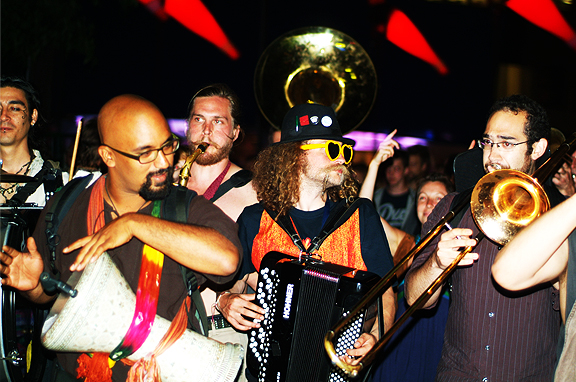 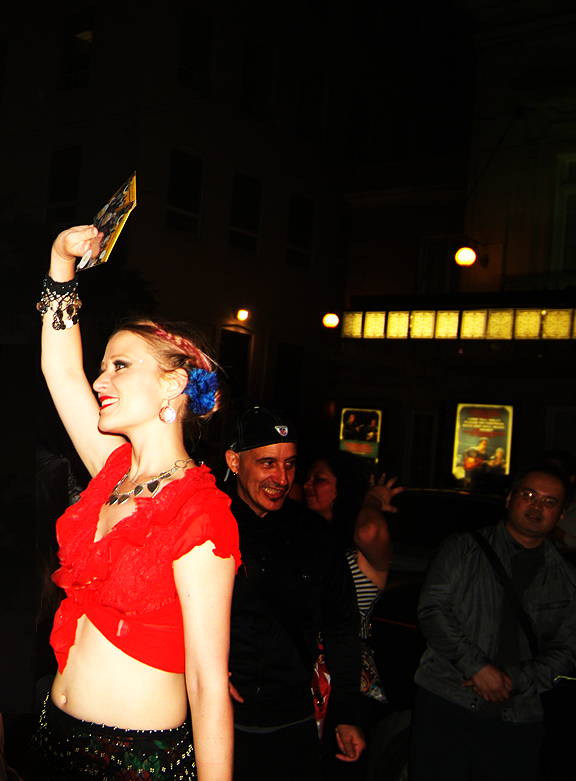 All photography by Leah Snyder for Mixed Bag Mag.