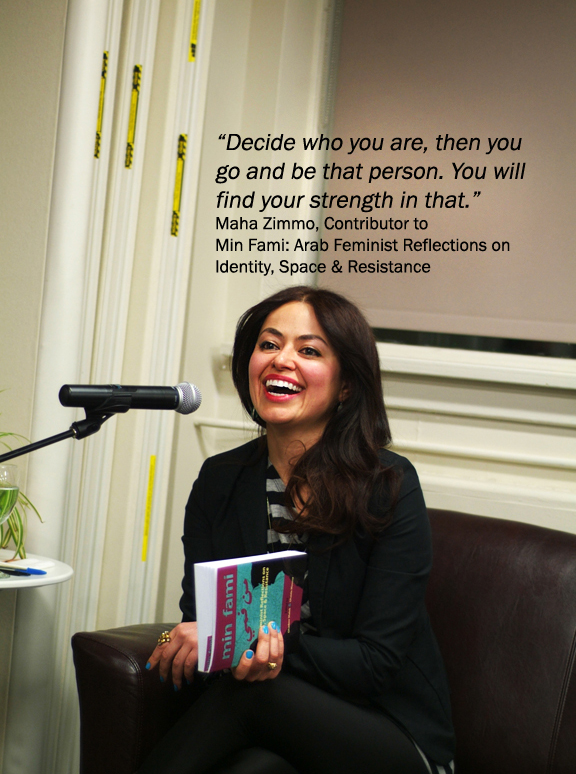 Multiculturalism – one side of many multiple stories.

In a single day, as I cover events, I may spend time in one space that is about design thinking then another that is about curation. I may go from an event on government policy to one on social innovation. Sometimes these spaces may be more straight than queer or more queer than straight. They are religious, agnostic, humanist, and sometimes self-helpish.

They might be Arab or Anishinaabeg spaces and the rituals, protocols and ceremonies change.

Because no matter if it is about profession, spirituality or cultural / sexual identity wherever I go everyone is trying to figure out who the hell they are and what the heck does it all mean when you put it into the context of communities that mingle and merge but often overlook the deeper complexities of diversity – most importantly the distinction between Immigrant and Indigenous narratives in Canada.

The narrative of ‘Multiculturalism’ makes invisible the story of the First Peoples. I would argue that was part of the plan. By placing ‘Canada the Good’ on the marquee with a storyline ‘Celebration of a Cultural Mosaic’ the light required to illuminate the systematic oppression of First Nations, Inuit and Métis people in Canada instead casts a long shadow.

Initiatives like The Truth and Reconciliation Commission of Canada have now turned the spotlight onto that darkness but as the hearings come to a close, with so much being said, how do we move forward and ensure all the voices speaking are getting heard?

We listen – actively, deeply and with a commitment to sit with the uncomfortableness that comes when you bear witness to someone else’s pain.

The legacy of colonization is a culture built on the instability of over-consumption and hyper-consumerism that thrives on distraction. If that isn’t addressed, living in a world with a multiplicity of voices is going to be problematic because the process of engaged listening is at odds with a society that functions by keeping people in a detached state of insecurity and need.

The government may change but most likely it won’t. In the meantime we can recognize that people aren’t pie charts. We can colour code demographics and cover souls with blanket statements but then we will lose the emotional prosperity that comes when human beings learn how sit and be still with each other despite the surrounding noise. 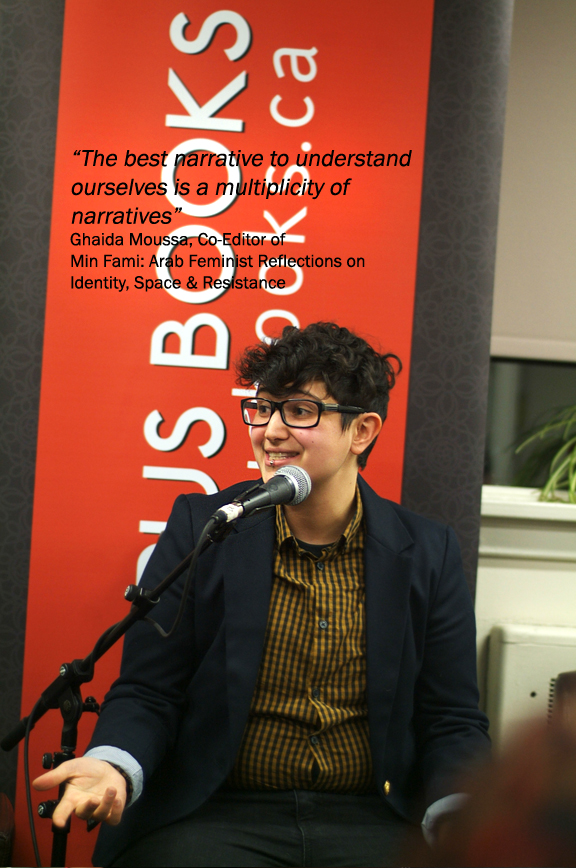 The images in this post are from this past weekend’s events in Ottawa – The Book Launch of Min Fami at Octopus Books and Niigaan in Conversation at Carleton University. The quotes on the images of each woman demonstrate how many thoughtful people I encounter on any given day. It’s what makes me believe that a new space can be created regardless of systems in place that often seem beyond our control. To all the women I had the opportunity to listen to this weekend – Chi Miigwetch / شكرا.

Watch The Truth and Reconciliation Commission Event on the archived livestream. 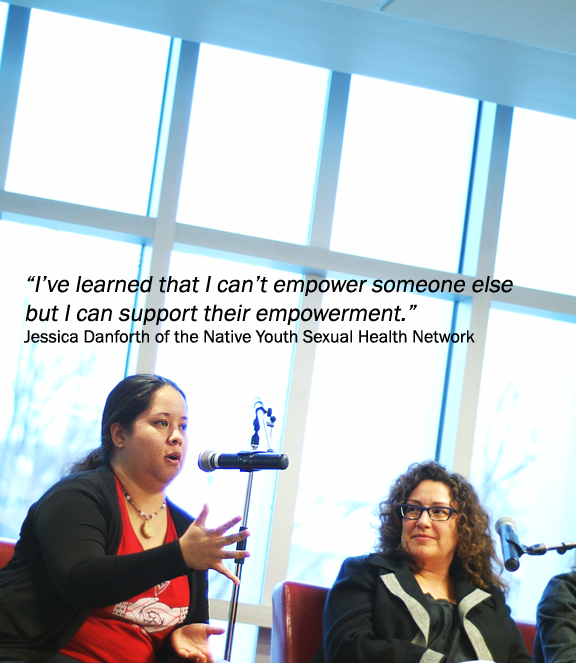 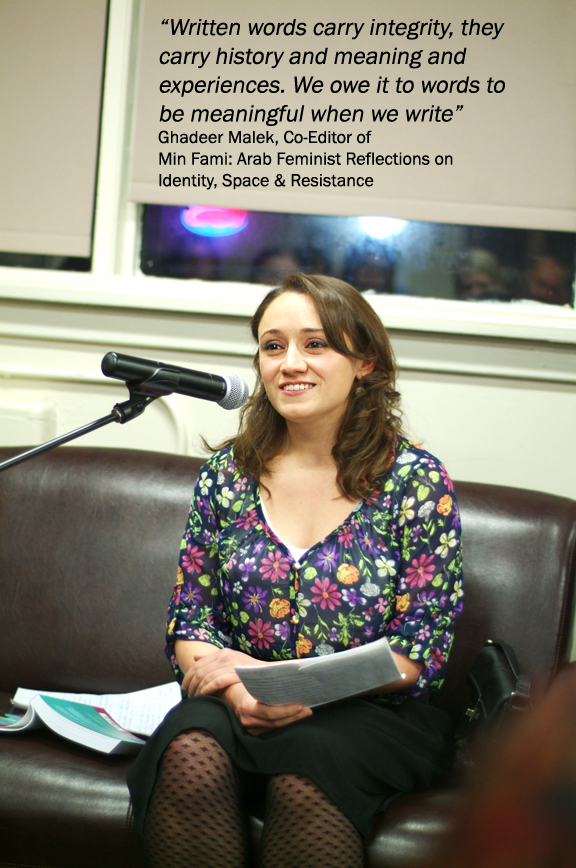 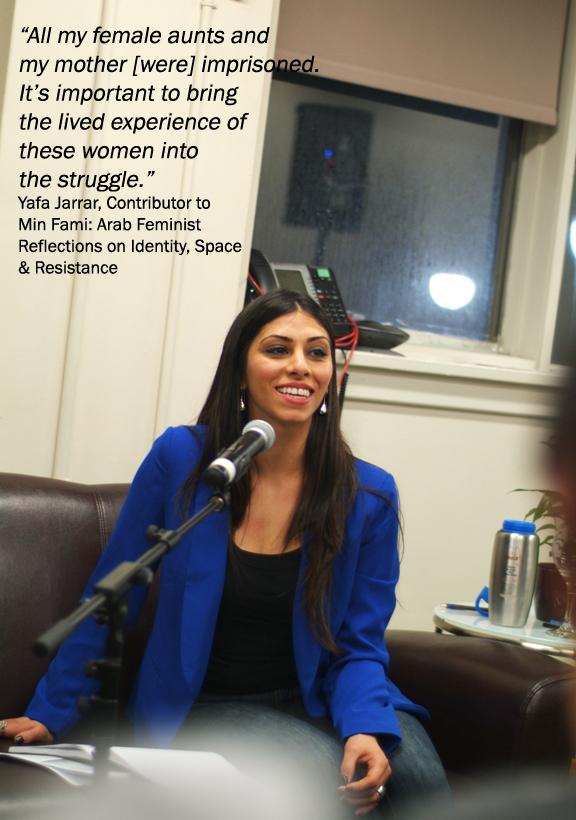 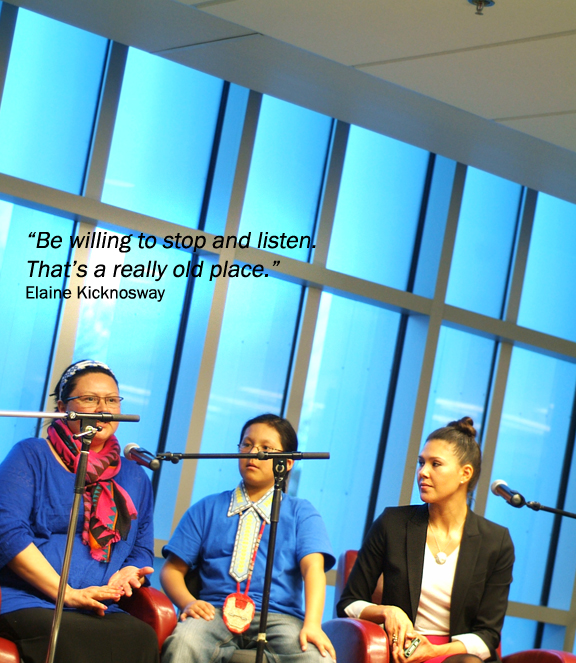 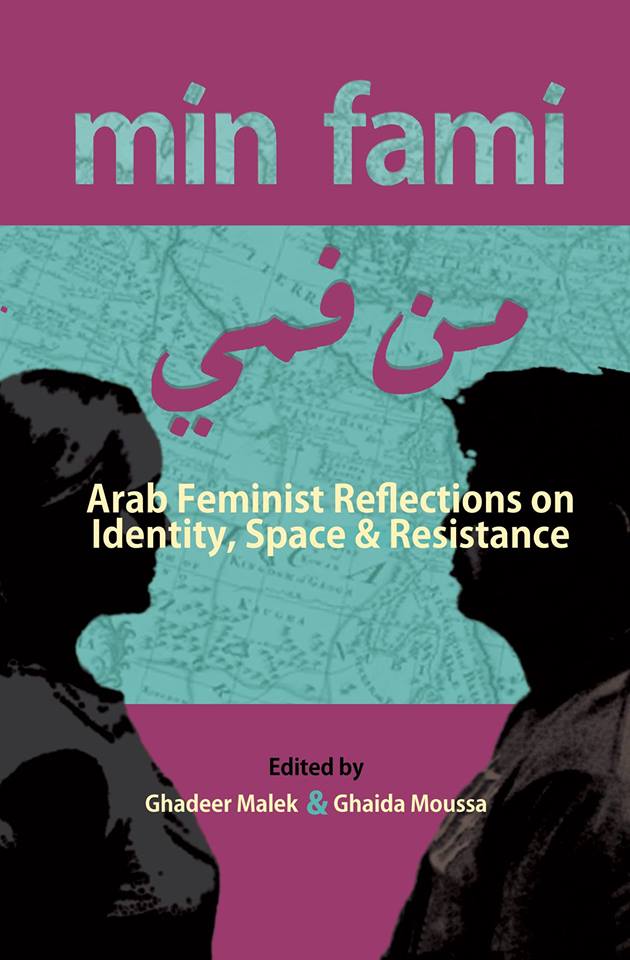 “Min Fami: Arab Feminist Reflections on Identity, Space, and Resistance is an anthology that cradles the thoughts of Arab feminists, articulated through personal critical narratives, academic essays, poetry, short stories, and visual art. It is a meeting space where discussions on home(land), exile, feminism, borders, gender and sexual identity, solidarity, language, creative resistance, and (de)colonization are shared, confronted, and subverted. In a world that has increasingly found monolithic and one-dimensional ways of representing Arab womyn, this anthology comes as an alternate space in which we connect on the basis of our shared identities, despite physical, theoretical, and metaphorical distances, to celebrate our multiple voices, honour our ancestry, and build community on our own terms, and in our own voices.”

“Niigaan: In conversation is an opportunity for settler Canadians to hear and respond to what Indigenous Peoples have been saying: Canada has not committed itself to addressing the colonial relationship it still has with indigenous peoples. Canada is in denial about that relationship. It is fair to say that most Canadians believe that kind of relationship no longer exists. We are trying to tell you that that is wrong.

The results of our work will be another step towards the continual positive development of the relationship between Indigenous Peoples and non-native Canadians. The main end result will be to provide an engaging and focused space to encourage discussion, learn our collective history and to move forward to the future.”