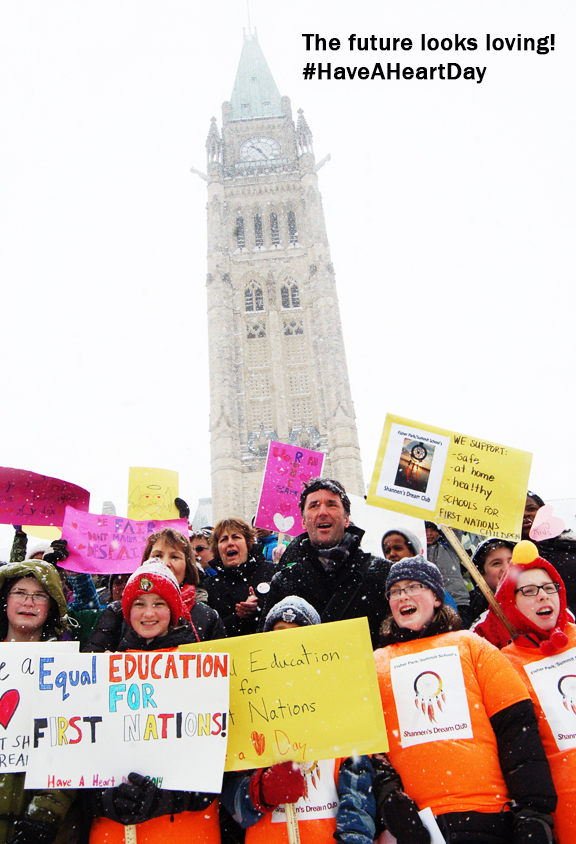 Image from Have a Heart Day 2014 on Parliament Hill, Ottawa with former NDP MP for Ottawa Paul Dewar. 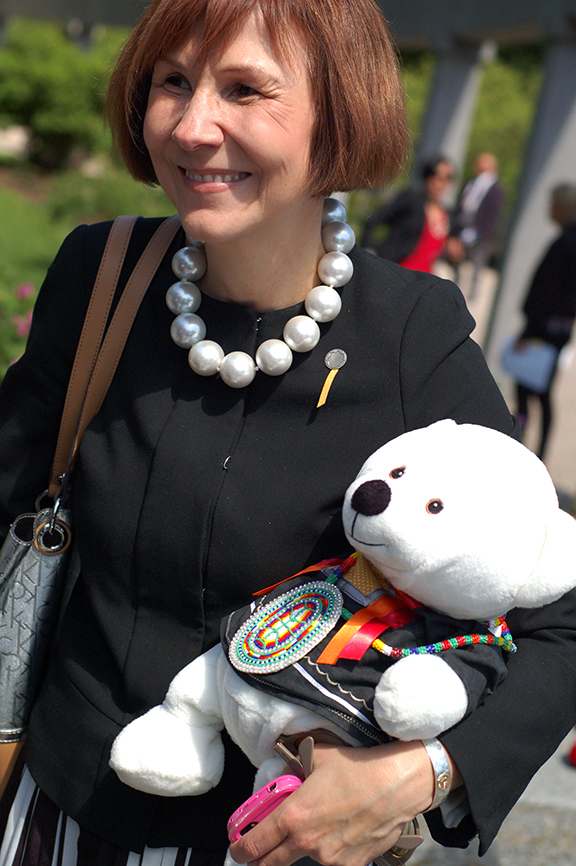 Congratulations to Cindy Blackstock and the First Nations Child and Caring Family Society of Canada. Today is an important moment as the Canadian Human Rights Tribunal has ruled that the Federal Government is guilty of racial discrimination against First Nations, Inuit and Métis children.

On their website, the Aboriginal Peoples Television Network (APTN) has provided the full document of the Tribunal’s decision.

“Over and over the federal government, under former prime minister Stephen Harper, tried to stop Blackstock with Department of Justice lawyers doing all they could to have her human rights complaint dismissed.

Each attempt was defeated allowing the complaint to proceed.”  Read full article on APTN

In the fight for justice for Indigenous children Cindy Blackstock has engaged local youth. Each Valentine’s Day kids arrive on Parliament Hill to give speeches in support of their peers who have been continually denied equitable education. This popular and positive event has leveraged social media and you can find out more by following #HaveAHeartDay on twitter. You can also join this year’s gathering on Wednesday, February 10 from 10:30 – 11:15 am on Parliament Hill. 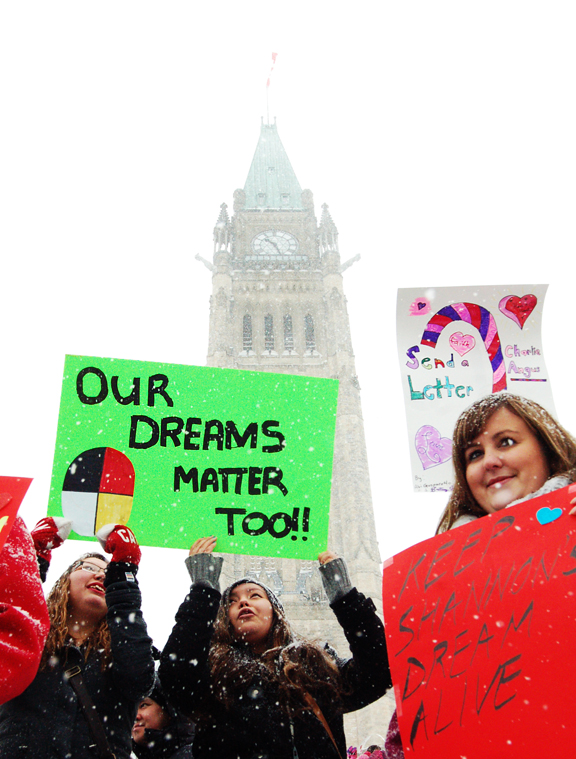