The best of National and International dance in Ottawa.

The most uplifting and ecstatic times of my life have been spent in the presence of dance. Dance is the adventure you take to travel to new worlds and find uncovered territories in your own soul.

This week the National Arts Centre in Ottawa unveiled their 2014 – 2015 Dance Season. I am sure this new season will be Ah-mazing! In recent months I have experienced stunning performances at the NAC –  British Choreographer / Dancer Akram Khan’s Desh and American Choreographer / Dancer Kyle Abraham’s The Radio Show. Both shows were biographical in nature taking their inspiration from each man’s relationship with their father – moving accounts of memory, love and loss.

Ottawa is blessed to have such a strong advocate for dance in the NAC–CNA as they showcase the best in international talent as well as the best in Canadian talent. Recently at Carlton U’s New Sun Conference , a symposium celebrating the finest in Aboriginal contribution to the Arts in Canada, Sandra Laronde (Artistic Director of Red Sky Performance) spoke of her own company’s relationship with this great cultural hub in Ottawa. 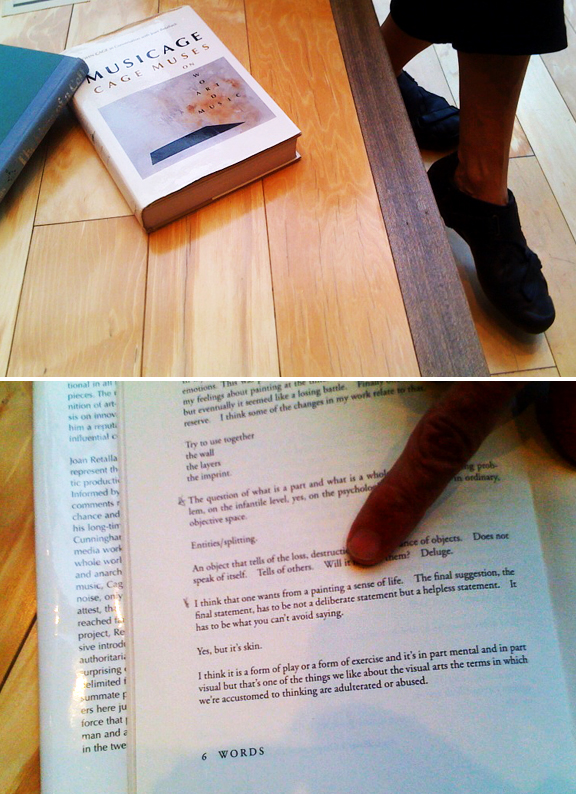 The feet and finger of Peggy Baker. Image by Leah Snyder for Mixed Bag Mag.

The best of National and International dance in Toronto.

Yesterday I was reminicinsing about beautiful dance moments with Nancy Burgoyne (Cultural Planner for the City of Ottawa) a cultural kindred spirit. I was telling her about seeing another national treasure, Peggy Baker, at the Canadian Opera Company’s Free Noon Hour Concert Series. Sitting in the front row Peggy was steps away from me performing Piano Quartet, a work inspired by John Cage’s poetry based on the quotations of one of my favourite American painters Jasper Johns. This is precisely what I love about dance – that it is this flexible artistic medium! Through movements that are abstracted yet powerful visual cues a story can be told to audiences of all backgrounds and every age. It’s not about mental comprehension but about feeling the emotion of the work. Even the most stubborn of hearts can’t help but be transformed when positioned in front of the palpable energy of dance.

This damn cold winter was warmed a few times during by my visits to the COC! I saw Parul Gupta, founder of Montreal’s Infusion Dance, perform and give an informative workshop on the meaning of the hand gestures and foot work of the Classical Indian Kathak dance. The week prior Gadfly, arguably one of this country’s best Urban Dance Company, gave the audience a history lesson in Contemporary Street Dance.

The COC noon hour performances are Toronto’s secret jewel!  For creative types and freelancers these performances offer a chance for a quick inspiration calibration. A great way to take a moment out of your day to feel some lightness!

Also in Toronto the Fleck Dance Theatre, part of the Harbourfront Centre, is where more moving moments can be discovered. WorldStage and NextSteps is their superb programming of established and emerging talent. I can’t recall how many times I have been at Fleck hovering above my seat in sheer joy at what I was witnessing!

THIS WEEK IN OTTAWA: Tomorrow night and Saturday in Ottawa you can see Cloud Gate Dance Theater of Taiwan perform Song of the Wanderers. Get tickets here…

THIS WEEK IN TORONTO: Tonight in Toronto (running until Saturday night) you can see Rina Singha and Danny Grossman perform Circles of Bricks: Rhythms of Kathak Dance. Get tickets here…

NEXT WEEK IN TORONTO: On Tuesday, March 25 you can see Peggy Baker Dance Company perform FREE at the Canadian Opera Company as part of their Noon Hour Dance Series. Show up early to get a good spot in the line!

For more information on upcoming performances and where to purchase season tickets check out:

“It was very important for me to showcase Africa over the decades. Being a part of a traditional African group I wanted people to experience where many dances originated from. As I did research I realized that many of those dances from the past we are still doing in the present so I turned to the music. In showcasing the dance I am showcasing the music of Africa over the decades. You will see Africa from the traditional, afrobeat (40-70s) and azonto (present). We see people be inspired by politics, love, and just feeling good. I want to represent Africa in a beautiful light. When we appreciate our history we can continue to be innovative at any point in our lives.”
~Esie Mensah

Along with her evening talk Esie will also be leading an Afrofusion dance class at 3 pm. And if dance classes are your thing why not grab a snack then return at 6 pm for more Toronto dance talent – Jasmyn Fyffe with be teaching a workshop in Contemporary Dance.

All events at Toronto’s Harbourfront Centre as part of KUUMBA.
Get the latest on  Esie on twitter @EsieMensah & Jasmyn on twitter @JasmynFyffe. 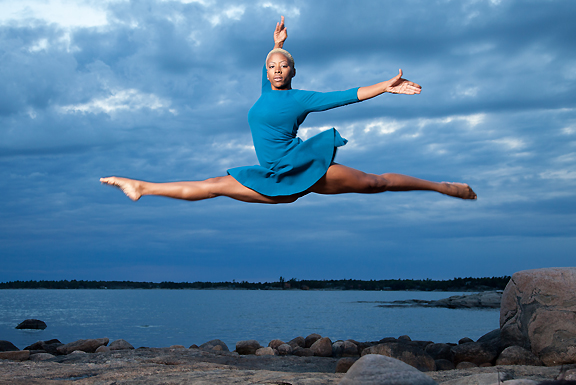 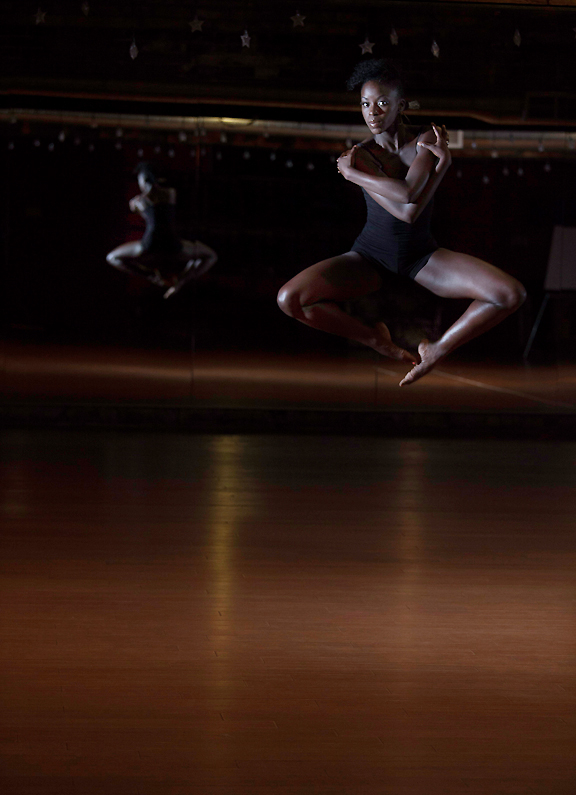 Image of Esie Mensah by TOPortfolio.