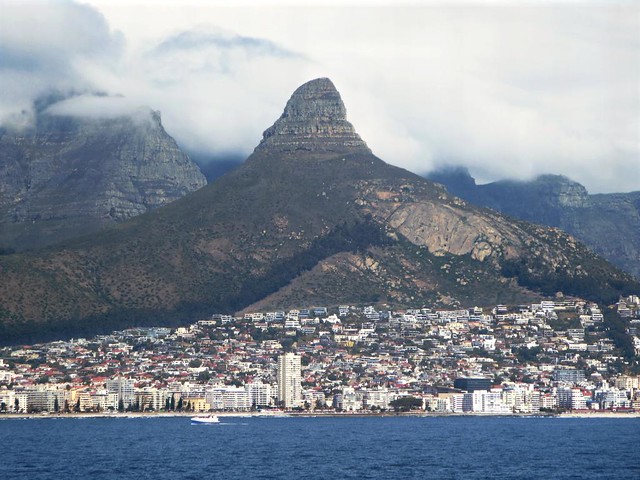 The extended cultural influence of urban space in Africa.

My childhood experience of Africa was urban. Inside photo albums wrapped in 70s textiles, I flipped through the photographs of my parent’s honeymoon in South Africa and saw images of cities and ports.

Gratefully, my adult experience of Africa wasn’t confined between a front and back cover. This time I was riding the waves of the Mediterranean towards an ancient metropolis. I arrived at the opposite end of the continent as my mother and father. From the sea the city of Tangiers stretched out before my eyes. Breathtakingly beautiful, it contained within its borders stories of commerce, trade, and cultural admixture – African, Moorish, Spanish, and French. This Moroccan city was flourishing a thousand years before the cities built by European settlers in Canada. Another trip to Africa would have me arrive by air to Nairobi with its nightclubs, bank machines and matatus. I left travelling overland by bus to the port of Mombasa, on the Swahili coast, where hundreds of years of African, Arab, Portuguese and even Chinese cultural influence made an impact on all my senses; from there I made my way to other cities – Harare, Gaborone and Johannesburg. When I recall Africa I recall urban spaces. The cities I encountered reminded me of the ones back home where people from different cultures come then go about the business of life, all the while creating new cultural expressions. 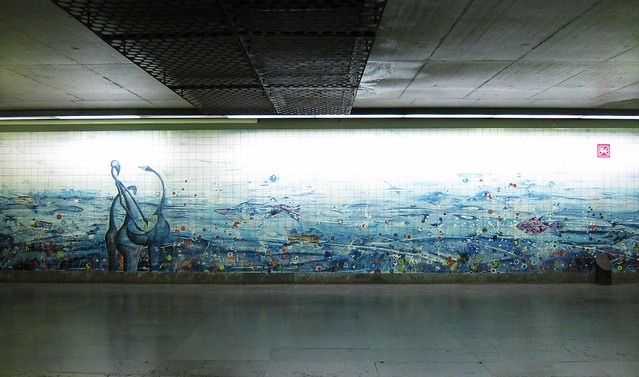 “February 1998 ceramic tile panel designed by Malian artist Abdoulaye Konaté (b. 1953) and produced by the Viúva Lamego tile factory. Trained at Bamako and Havana, Cuba, Konaté lives and works in Bamako. He was one of the 11 prominent international artists who were commissioned to produce works of art for the Oriente metro station, Lisbon, where this panel is installed.” Image by Bosc Anjou

Samito is an African born artist with the experience of living his life in port cities. From his birthplace of Maputo, Mozambique, then onto Cape Town, South Africa, he now calls the port of Montréal home. I was interested in his reflections on living in places where pluralism, within the urban setting, is the social structure and how that influences one’s artistic practice and culture production. 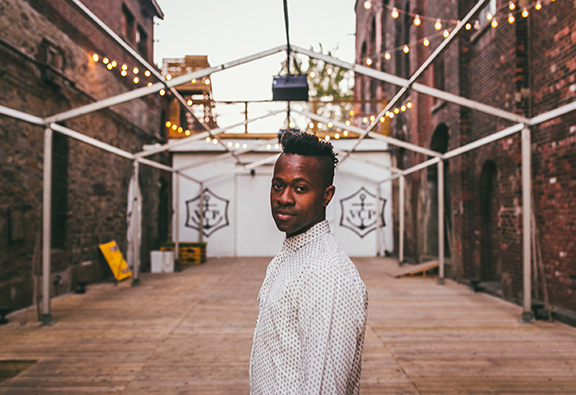 In our rush to celebrate diversity sometimes we discount how discombobulating the experience can be when you are the minority within the larger cultural context you inhabit. “My 11 years of living in Montreal has pushed me to think about my past identity and new identity, pushing me into a fragile place. As an immigrant you have [to face] a wall of judgement before you are accepted.” Samito goes on to express that as an artist arriving from somewhere else, people superimpose their (mis)conceptions on you as well as on your work. “Because of that I went into a profound reflection regarding who I was and who I became with immigration. I realized I was in a tangled place. Music allowed me to shape some things that reflect my present space. On one side, you want to talk about your culture and everything you have observed in life, including your past, but you still want to communicate to people in this space, now.”

For five years Samito has been working on an album that will be released Spring 2016. “When I started working on my record I went through a lot of questioning, [you realize] that when you are too ‘African’ people don’t like you. It can change you in profound ways. I started censoring myself. How do I want people to see me? This can help shape the narrative but it can make you less effective. It was a really difficult thing for me. It was part of the shaping of my own artistic persona – figuring out who I am in Canada – how I present myself as a Black man from Africa while still having an impact on how people perceive Africa.”

To negotiate, with a certain amount of grace and artistic integrity, between the roles of cultural producer versus cultural ambassador is the existential knot that newcomers have to unravel. You must keep your wits about you as your senses acutely feel the current city that surrounds you, breathing it in even if the air becomes acrid with xenophobia. If you are mindful you can apply an artist’s alchemy to the experience – producing something beautiful and solid from the confusion. With his music, Samito does just that.

During a vacation back home, Samito worked with three women from the Northern region of Mozambique whose articulate sound – Tufo, a traditional dance and music style thought to be of Arab origin – shifted aspects of his music. “It took two or three years to reflect on what I wanted.” The soundtrack of the multicultural Cape Town that he experienced while living there in his twenties is also crafted into his music. He was influenced by Shangaan electro beats. This style of music originated in the townships of South Africa and was produced by the mixing of traditional Shangaan music from Limpopo with 21st Century digital technology. The mixture, as it seems to happen with everything technology touches, stimulated the speed. Traditional Shangaan music was part of Samito’s auditory memories of childhood. The music was imported into the city of Maputo by Mozambican miners who would go to South Africa for employment. In the diversity of the city of Montréal, Samito heard new sounds that were added to his repertoire. The result is what he shares with us now, in his latest single Tiku La Hina.

Samito bestows upon his adopted city his own brand of Afro aesthetics – guiding principles that recognize the continent of Africa and the African Diaspora’s influence on the culture of cities, both historically and in the contemporary context. Samito’s cultural production is his contribution to the urban. This contribution, in it’s own way, will go on to change the rhythm of the city – not just in Montréal, but in all the cities Samito has called home in the past and the ones he will arrive at in the future.

Samito will play this coming Thursday, February 25 at the National Arts Centre on the 4th Stage, part of Black History Month. 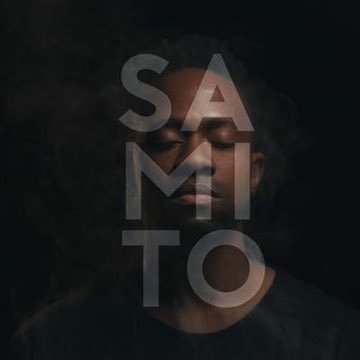