The Curators and Conservators who worked on the new Canadian and Indigenous Galleries speak on their work.

This week the new Canadian and Indigenous Galleries has opened. To celebrate the occasion the NGC is offering tours all day Saturday with the experts who make things happen at the Gallery. All tours are free with admission.

Join Katerina Atanassova, Senior Curator, Canadian Art, as she talks about the new installation of works by the Group of Seven and Tom Thomson and provides insight into the artists who shaped the Canadian art landscape in the early 20th century.

Meet Christine Lalonde, Associate Curator, Indigenous Art, as she talks about the Gallery’s new installation of Indigenous art and provides insight into the Indigenous cultures who created the works on view.

Join Doris Couture-Rigert, Chief, Conservation and Technical Research, as she address the challenges faced in conserving, restoring and displaying works of art in the Canadian and Indigenous Galleries

Join Geneviève Saulnier, Conservator, Contemporary Art, as she address the challenges faced in conserving, restoring and displaying works of art in the Canadian and Indigenous Galleries.

The National Gallery of Canada opens its doors to a changed story of Canada.

Last night the National Gallery of Canada previewed the new hanging of the Canadian and Indigenous Gallery to members. Today the gallery is open to the public and FREE for the full day. This is a great opportunity to see the NGC’s reinterpretation of their space.

FROM THE NATIONAL GALLERY OF CANADA:

In these transformed galleries, the remarkable stories that have shaped our land are told through art. Beginning with art from 2,000 years ago, and ending with abstract painting in 1960s Canada, this presentation features masterpieces of Canadian and Indigenous art. See renowned works by artists such as Tom Thomson, Emily Carr, Norval Morrisseau and Daphne Odjig, as well as new acquisitions, including works by James Wilson Morrice and the stunning Naskapi
Ceremonial Coat.

Also on view are thematic displays that explore the magnetic north, inhabited landscapes, Canadians abroad, and the emergence of Inuit art: a true testament to the rich and multifaceted Canadian experience. (read more…)

So much hard work and care has gone into these transformed spaces. Congratulations to everyone who was involved in an important conversation! 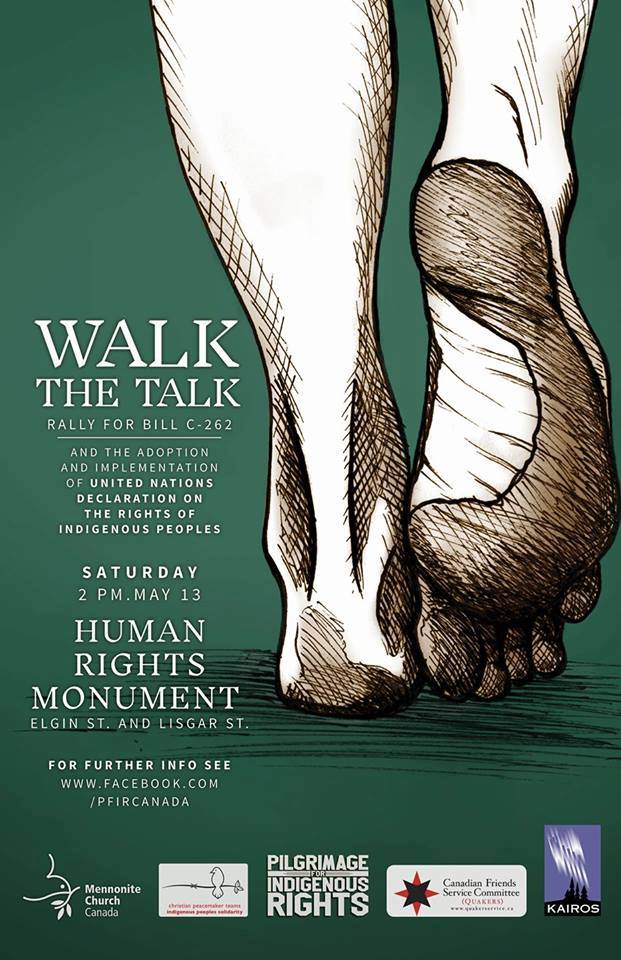 A Mennonite-led Pilgrimage for Indigenous Rights walks to Ottawa.

Today at 2 pm at the Human Rights Monument Ottawa come to welcome the WALK THE TALK group who arrived from Kitchener (they walked the whole way!) in order to bring attention to the fact that the Government of Canada is still not complying with the United Nations Declaration of the Rights of Indigenous Peoples (UNDRIP) as promised. This 600 km trek began at Sterling Avenue Mennonite Church in Kitchener and the Walkers arrived last night at Ottawa Mennonite Church. Many Mennonite churches in Canada have offered their support in solidarity with this issue calling on the Liberal government to follow through on their words to implement the UNDRIP.

Along with the rally there will also be a Teach-In tonight at Ottawa Mennonite Church, 1830 Kilborn Ave.

For more info visit the Pilgrimage for Indigenous Rights website as well as coverage on APTN (Aboriginal Peoples Television Network) and the CBC.

While the pilgrimage is in response to the Truth and Reconciliation Commission’s Call to Action (#48, see below) directed to churches and people of faith, all are welcome to attend this rally and subsequent walk through downtown Ottawa, where we will read out key sections of the TRC Calls to Action as well as the UN Declaration.

For too long, too many have spoken fine words of truth and reconciliation, but not matched those fine words with just actions. The pilgrimage, and this final day of activity, are a call to account for political leaders, church leaders, and all segments of Canadian society to meaningfully discuss and then act upon what it means to decolonize a society built on what the Truth and Reconciliation Commission clearly identified as “cultural genocide.”

Please join us to Walk the Talk May 13 with your own signs and banners, in the loving, transformational spirit that builds compassion, connection and community.

+++++++++
Truth and Reconciliation Commission Calls to Action 43, 44, 48 and 49
43. We call upon federal, provincial, territorial, and municipal governments to fully adopt and implement the United Nations Declaration on the Rights of Indigenous Peoples as the framework for reconciliation.

44. We call upon the Government of Canada to develop a national action plan, strategies, and other concrete measures to achieve the goals of the United Nations Declaration on the Rights of Indigenous Peoples.

48. We call upon the church parties to the Settlement Agreement, and all other faith groups and interfaith social justice groups in Canada who have not already done so, to formally adopt and comply with the principles, norms, and standards of the United Nations Declaration on the Rights of Indigenous Peoples as a
framework for reconciliation. This would include, but not be limited to, the following commitments:

i. Ensuring that their institutions, policies, programs, and practices comply with the United Nations Declaration on the Rights of Indigenous Peoples.

ii. Respecting Indigenous peoples’ right to self-determination in spiritual matters, including the right to practise, develop, and teach their own spiritual and religious traditions, customs, and ceremonies, consistent with Article 12:1 of the United Nations Declaration on the Rights of Indigenous Peoples.

iii. Engaging in ongoing public dialogue and actions to support the United Nations Declaration on the Rights of Indigenous Peoples.

iv. Issuing a statement no later than March 31, 2016, from all religious denominations and faith groups, as to how they will implement the United Nations Declaration on the Rights of Indigenous Peoples.

49. We call upon all religious denominations and faith groups who have not already done so to repudiate concepts used to justify European sovereignty over Indigenous lands and peoples, such as the Doctrine of Discovery and terra nullius. 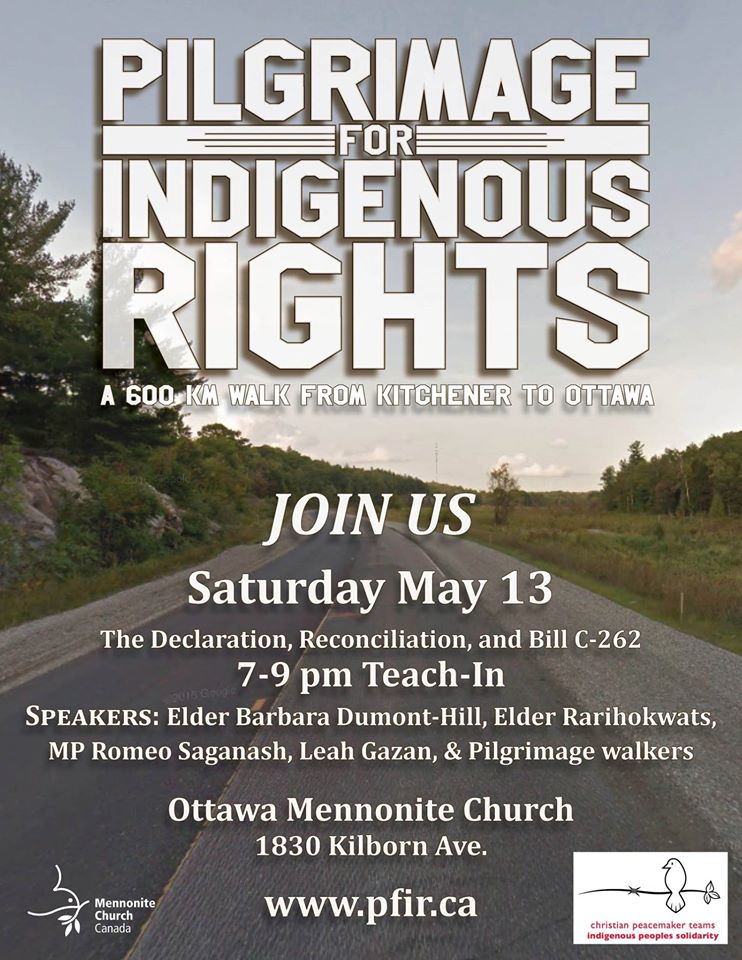 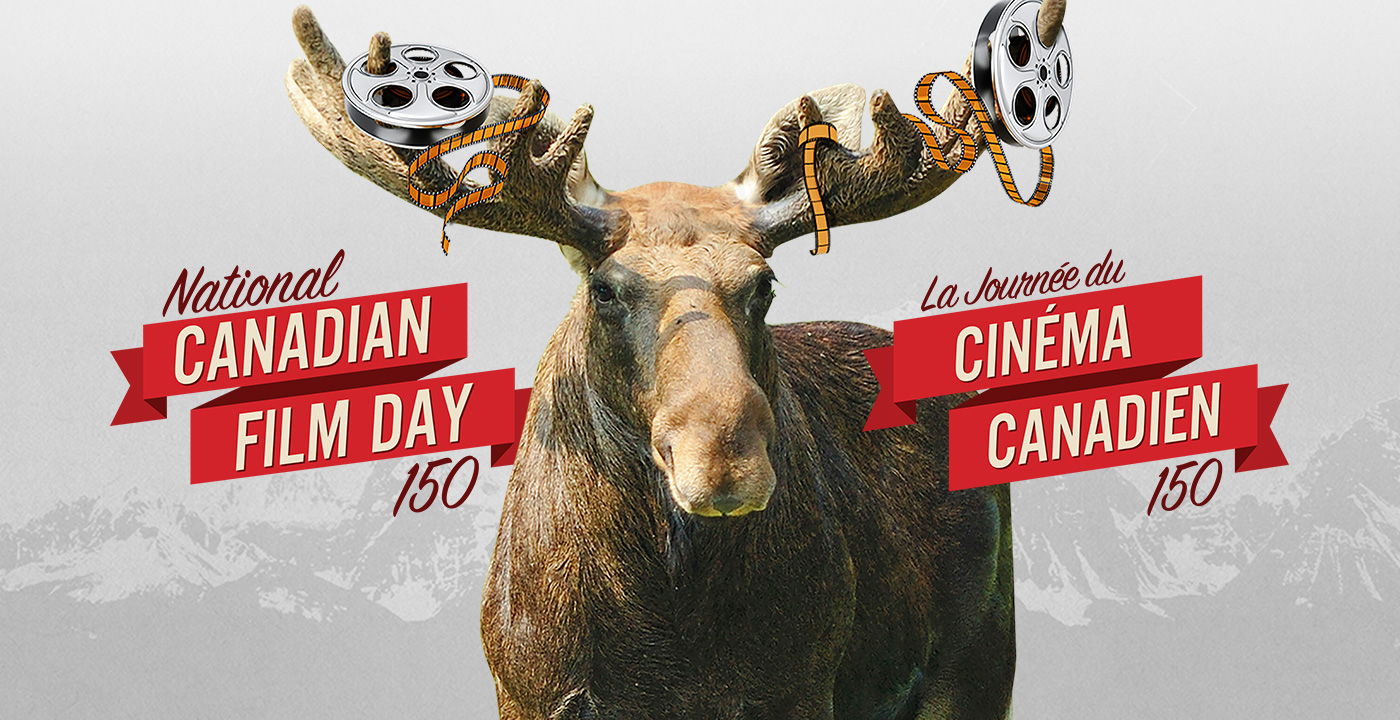 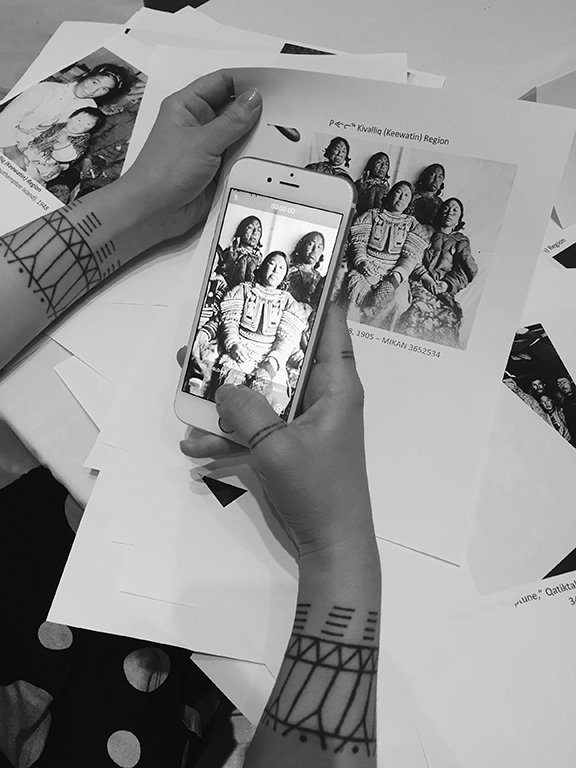 “The panel of artists includes Onondaga photographer and curator, Jeff Thomas; Métis artist, Rosalie Favell; and Inuk filmmaker, Isabella-Rose Weetaluktuk. All three use archival images in their innovative artistic practice, and will discuss the ways in which they are reclaiming and re-telling their histories and stories. All guests are encouraged to participate in the discussion.”

WHEN: Registration opens @ 9:30 am & panel begins at 10:30 am
WHERE: Library and Archives Canada (Pellan Room 2nd Floor), 395 Wellington Street, Ottawa

FREE Event. Everyone is welcome to attend. 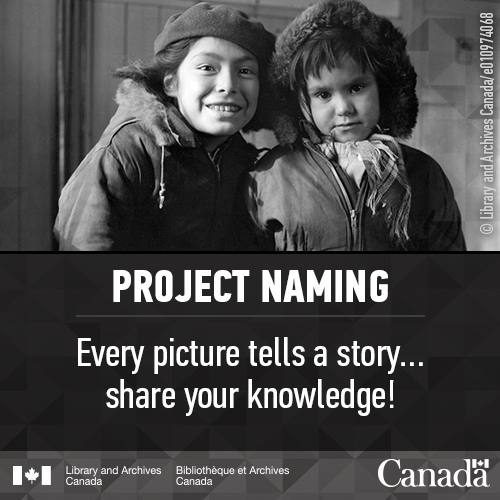 “Project Naming enables Indigenous peoples to engage in the identification of photographs from Library and Archives Canada. LAC hopes that members of the public will share their knowledge. If you know the names of people depicted in our photographs or have information about an activity, event or place, LAC would love to hear from you. The majority of individuals depicted in the images in LAC’s collections were never identified. Many archival descriptions relating to events or activities are absent or have dated information (e.g. place names, band names or terminology). Or information is based on original inscriptions and captions found on the records, and hence reflects the biases and attitudes of non-Aboriginal society at the time.”

Tonight, as part of CUAG’s Winter exhibitions Outside These Walls opens to a party including DJ Memetic spinning the tunes!

As part of the exhibition a conversation with curator Pamela Edmonds and the artists David Ofori Zapparoli and Yannick Anton will be moderated by Kwende Kefentse (aka DJ Memetic) tomorrow evening.

More on the Outside These Walls:

“This exhibition brings together photographic works by Toronto-based artists Yannick Anton and David Ofori Zapparoli whose respective imagery share a community-focused and collaborative approach to documenting urban life and its people. Zapparoli has represented the visual history of Canadian cities for over 30 years, the majority of his work is informed by a strong social realist approach. Until 1999, he had focused on the public housing development of Regent Park, putting a human face on the stigmatized and transitional community of which he had been a part of since his teens.Anton’s candid and energetic photographs draw stylistic inspiration from the youthful, street, fashion, music and queer-positive cultures that he captures.  Together both artists’ compelling works present unique and unapologetic insights into diverse landscapes and lives, addressing the systemic barriers that they expose and refute, while re-imagining regimes of the image away from fixed inscriptions of race, gender, class and corporeality.” (more info…)

The Other NFB: The National Film Board of Canada’s Still Photography Division, 1941-1971
Curated by Carol Payne and Sandra Dyck 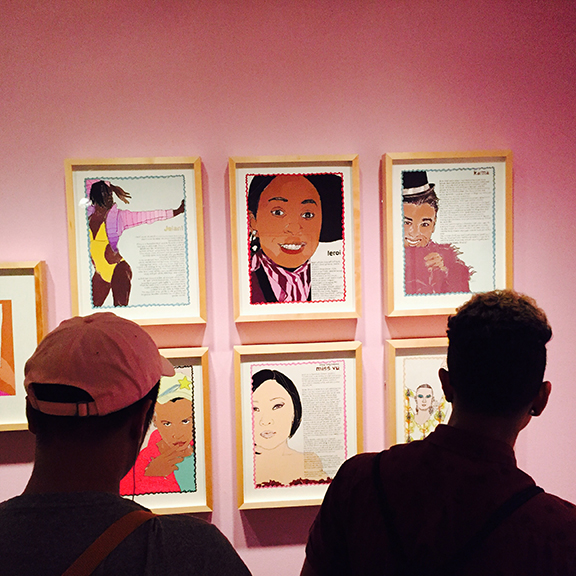 This amazing show “celebrating queer experiences” closes today after it’s run at the Carleton University Art Gallery (CUAG) in Ottawa. Curator Cara Tierney has created a space that pulsates with jubilation. The artists flesh out what it means to be deeply connected to your community as well as deeply loved by your community. The work in the show positions joy and empathy as resilience. Beautiful portraits of the Queer and allied community are created through visuals, words, and performance. Transactions is a visually stunning show that includes in situ graffiti by Ottawa based artist Kalkidan Assefa that wraps around corners softening the space “as the show unfolds in the visual embrace of this unswerving ally.” This is a not-to-be-missed exhibit!

“Celebrating queer experiences that emerge from transactional creative exchanges, the artists in TRANSACTIONS define, refine, redefine, exult themselves today for the (a)genders of tomorrow, linking communities and challenging ideas of authenticity, allyship, belonging and being.” 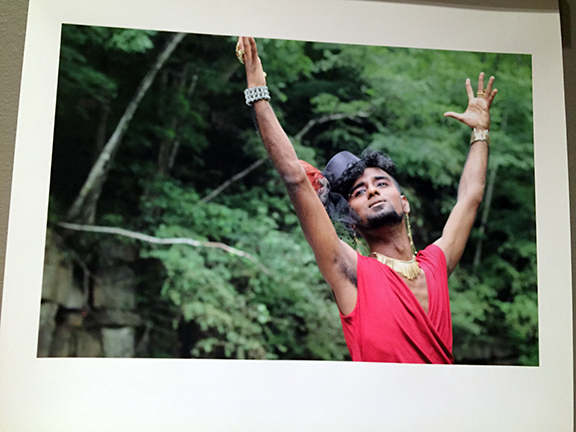 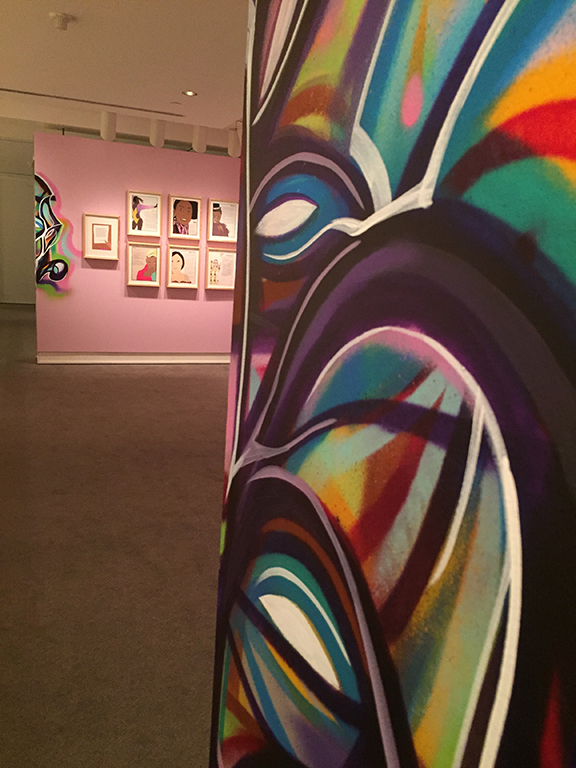 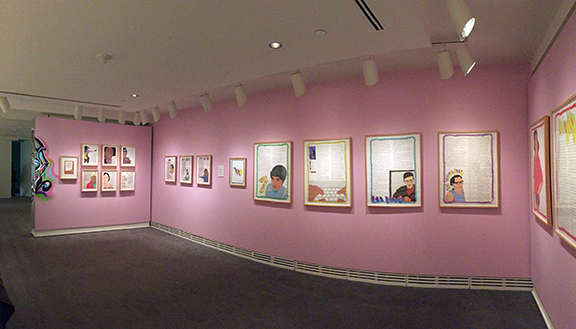 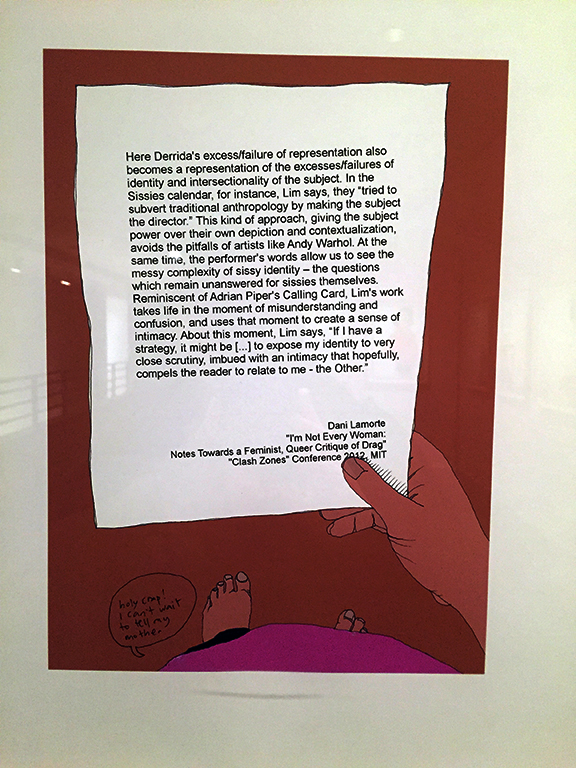 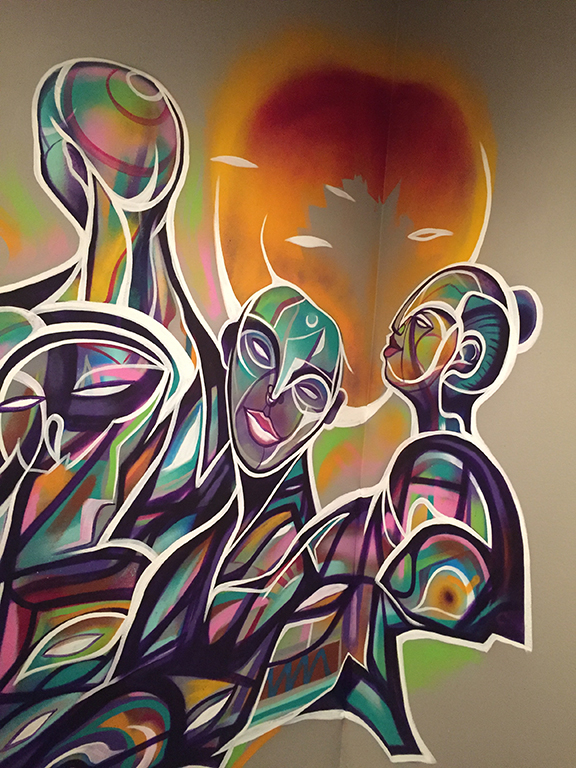 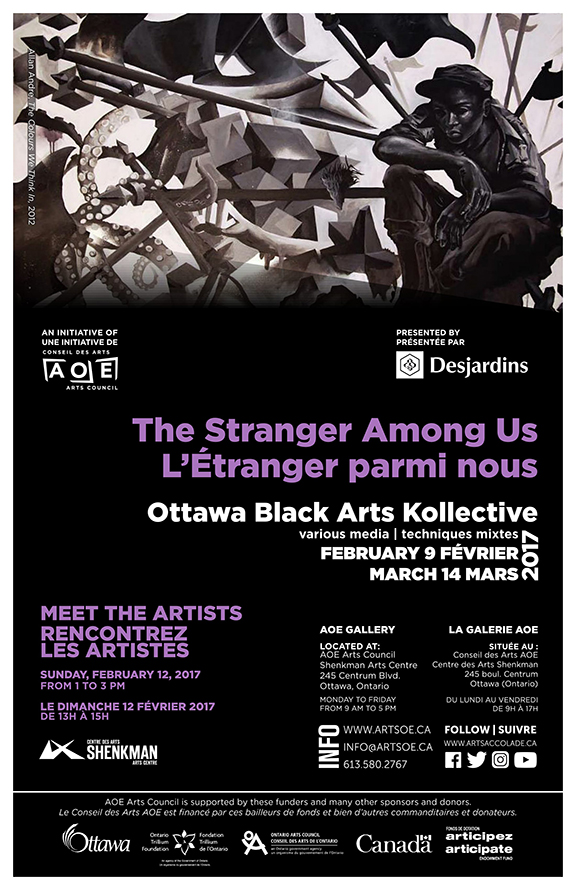 The Ottawa Black Arts Kollective presents 7 Ottawa-based artists working in various media in the show “The Stranger Among Us.”

Below work by artist Ojo Agi from the “Daughters of Diaspora” series. 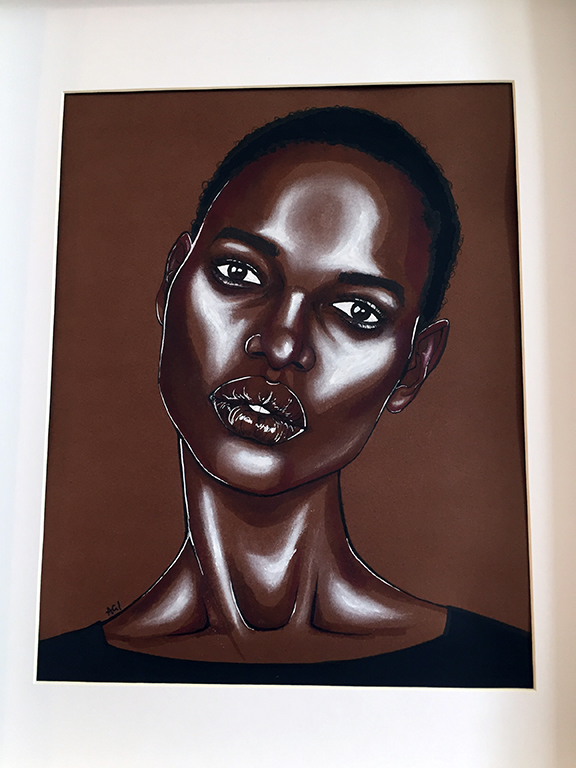 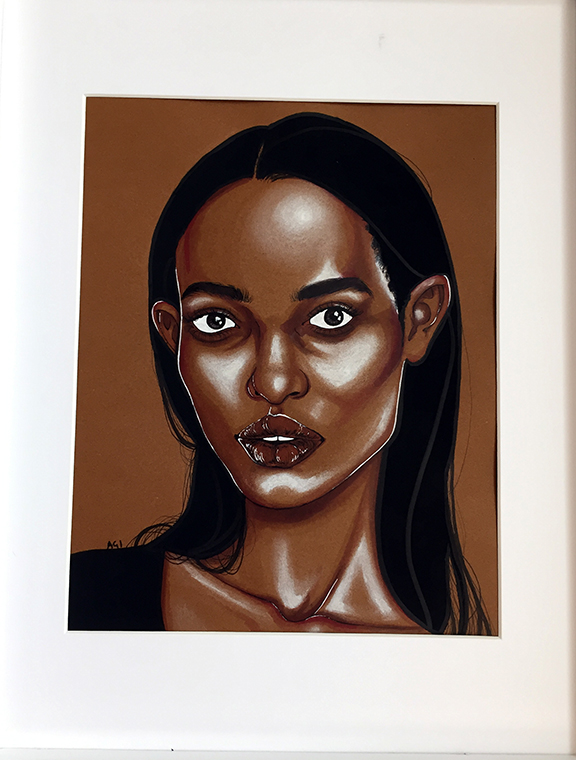 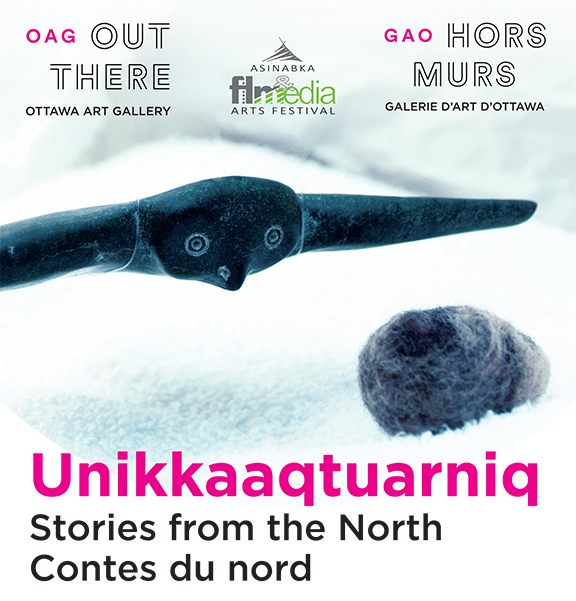 Asinabka, one of Ottawa’s favourite summer film festivals, along with the Ottawa Art Gallery is presenting Unikkaaqtuarniq: Stories from the North just in time to celebrate Ottawa’s favourite season – winter! On Friday an outdoor screening will highlight Indigenous filmmaking from the Arctic and will include “a continuous looping program of short films by Inuit and Sámi filmmakers projected in a theatre made of snow.”

The Orphan and the Polar Bear – Trailer from Taqqut Productions on Vimeo.

Presented in partnership with Skábmagovat film festival (Inari, Finland), the City of Ottawa, the Embassy of Finland, Gallery 101, the Ottawa Inuit Children’s Centre and Winterlude.

“In her film Angry Inuk, Inuit director Alethea Arnaquq-Baril joins a new tech-savvy generation of Inuit as they campaign to challenge long-established perceptions of seal hunting. Though most commercial sealing is conducted by Inuit in the Arctic, anti-sealing activism has created a perception of the industry that denies their central role in the sealskin market.” 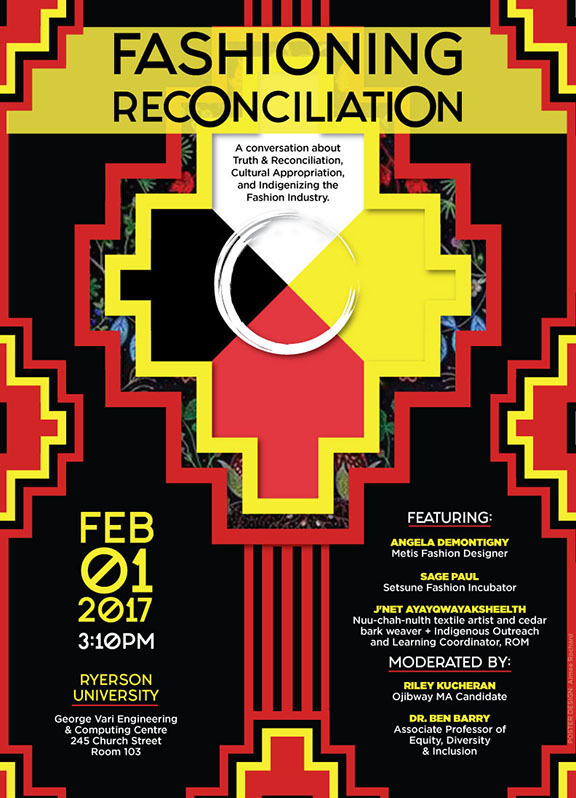 Decolonizing and Indigenizing the Fashion Industry.

This panel addresses one of the many places Reconciliation can occur in Canada, even in fashion!