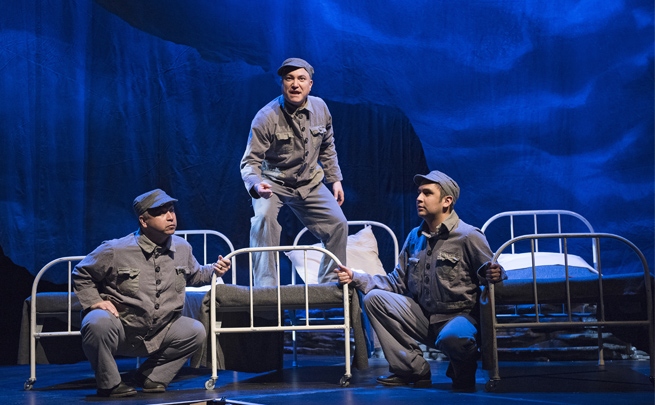 Kevin Loring, the NAC’s new Indigenous Theatre Director in Children of God at the NAC. (www.nac-cna.ca)

Last year the National Arts Centre (NAC) in Ottawa announced they would be adding an Indigenous Theatre department to join their already strong English and Théâtre français / French Theatre departments. This decision was announced on “March 24, 2016 when the NAC unveiled details of its Strategic Plan entitled Canada is Our Stage: 2015-2020.”

The NAC, as a national institution, has been a leader in providing programming that serves the diversity of audiences in Canada but they realized they needed to do more.

“When the National Arts Centre first opened in 1969 it reflected the way Canada understood itself at the time, as a bi-cultural and bilingual country,” said Peter A. Herrndorf, the President and CEO of the NAC. “We opened with a French Theatre, English Theatre, Music and Dance Departments. Thankfully that understanding of Canada is changing through the extraordinary work of the Truth and Reconciliation Commission and through the work of many artists across the country. We are very pleased to be opening the first Indigenous Theatre in the NAC’s history and we look forward to meeting extraordinary candidates from across Canada who will build the new Indigenous Theatre Department.”

Yesterday the NAC announced the name of the new director – Kevin Loring, Nlaka’pamux from the Lytton First Nation. Kevin is no stranger to the NAC. In 2010 Kevin was the NAC Playwright-in-Residence and this past week and half he has been performing at the NAC as part of the cast of the Children of God, a poignant play about the history of residential schools. I had the opportunity to see the performance last week and Kevin’s performance was riveting.

Kevin was also part of the 2012 NAC production of King Lear in the role of Edmund. Outside of his work with the NAC he is also known for his play Where the Blood Mixes which won the Governor General’s Literary Award for Drama in 2009.

Congratulations to NAC for their announcement and to Kevin for his new position as part of this important initiative! 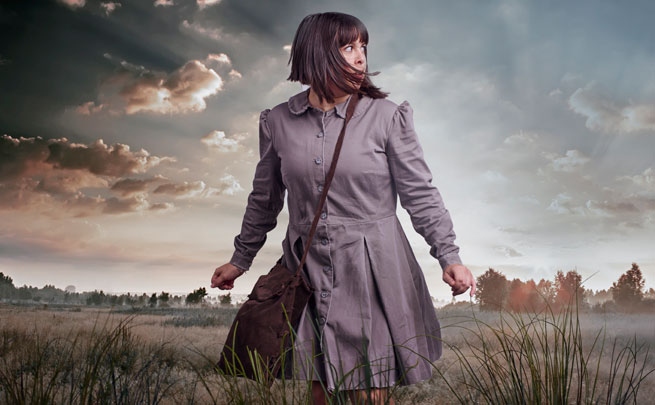 ABOUT CHILDREN OF GOD

Children of God is a gorgeous, powerful musical about an Oji-Cree family whose children were taken away to a residential school in Northern Ontario. The story of Rita, a mother who was never let past the school’s gate, and her kids, Tom and Julia, who never knew she came, pushes toward redemption. Children of God offers a thrilling blend of ancient traditions and contemporary realities, celebrating resilience and the power of the Indigenous cultural spirit. Inspired by First Nations music, Payette’s profoundly moving score also includes echoes of provocative Broadway masterpieces such as Fun Home and Next to Normal.

Audience Advisory: Mature themes. Some audience members may find certain scenes disturbing.
Emotional Support Workers are available to provide counseling to audience members who may require it. All are welcome in our support room. Please see an usher for directions.