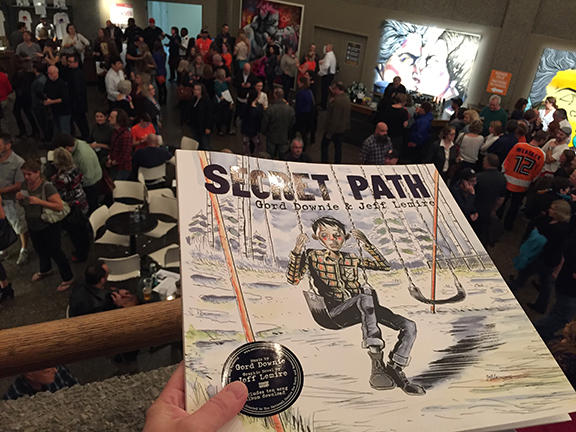 I had the opportunity to attend the premiere of The Secret Path this past Tuesday at the National Arts Centre. It was not an easy event to get through. Gord Downie along with illustrator Jeff Lemire have created a work that invokes discomfort and deep pain – as it should.

Chanie (Charlie) Wenjack was a young Anishinaabe boy from Marten Falls First Nation. He was only one of 150,000 children that were taken from their parents and placed into residential schools often thousands of kilometres away. Far in physical and emotional distance, a large percentage of these children, an estimated 6000, never returned home.

The Wenjack family was present at the NAC and has been a part of this project to bring awareness not only to the past but also to the present – many Indigenous teenagers must leave their community to attend high school. Having high schools on all reserves would allow for kids to stay in their home communities. This is part of the message of Pearl Wenjack, Chanie’s sister, who shared with the audience at the NAC her memories of her little brother and her hope for his legacy.

Along with the production of The Secret Path video and album a foundation (The Gord Downie & Chanie Wenjack Foundation) has also been established to raise money for projects that promote opportunities for cross-cultural dialogue between Non-Indigenous and Indigenous communities. In the spirit of reconciliation, as Gord Downie says “It’s time to get started folks, we had the last 150 years, now we have the next.”

Tonight, Sunday, October 23 at 9 pm CBC will be airing The Secret Path.

To donate to the Wenjack foundation visit www.downiewenjack.ca. 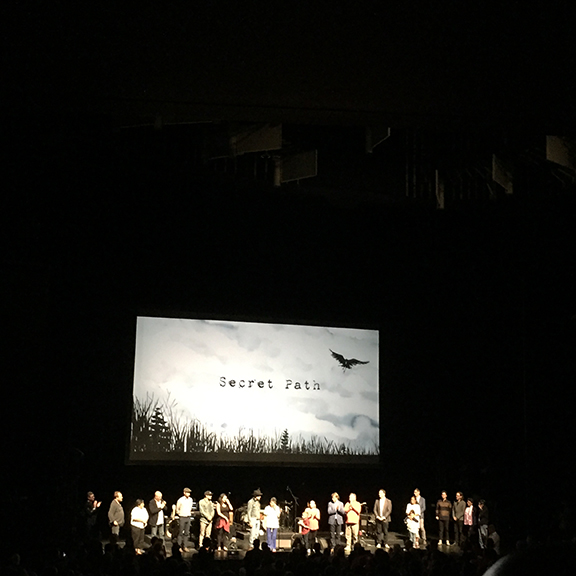