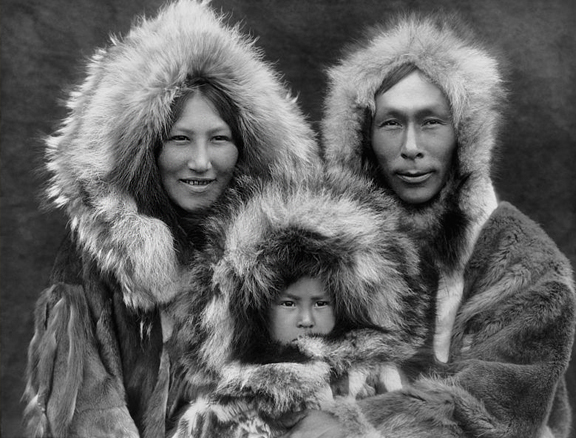 Systems Thinking as the Solution.

The recent #Sealfies hashtag campaign that has trended in response to Ellen Degeneres’ call to arms against the seal hunt demonstrates how out of touch the dominant culture is when it comes to making an informed evaluation regarding people’s (often necessary) lifestyle choices. When communities live off the land they must apply a sophisticated ‘systems thinking‘ approach in the way they engage with the spaces they inhabit because the systems – seasonal, migratory, biological and social – interact and are relational to each other. Disregarding them could result in a community perishing.

The Western approach tends to ignore the systems. It’s why we have developed a taste for out-of-season strawberries on demand and been lulled into thinking ‘Vegan Leather’ is an environmentally sound option. Advertising is the ‘smoke and mirrors’ that makes us feel good about our consumer choices.

While Ellen, one on hand, galvanizes her audience against animal cruelty, on the other hand, she is one of the faces of Cover Girl Cosmetics, owned by Procter and Gamble. Enough said.

As the saying goes ‘don’t fix what ain’t broken’.

On March 18 in Ottawa local members of the Inuit community staged a demonstration with a stylish twist – a fashion show. The cat walk was the steps of Parliament Hill and the show raised awareness about all the ways seals are utilized in Inuit culture – from food, to fuel, to clothing. Even the bones get used as tools, children’s games and art. When it comes to the life-cycle assessment of the products that are derived from the seal the Inuit perfected the cradle-to-grave approach thousands of years ago. 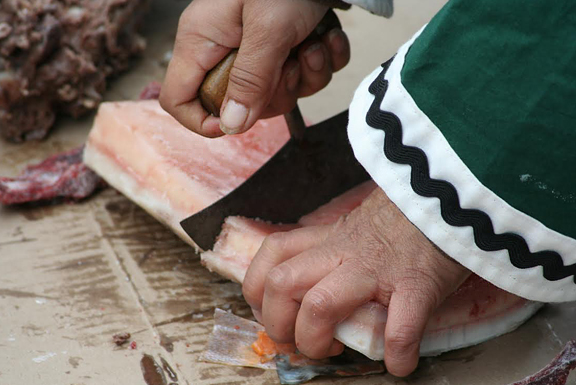 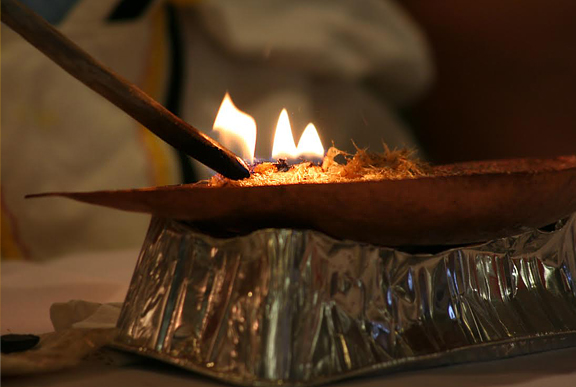 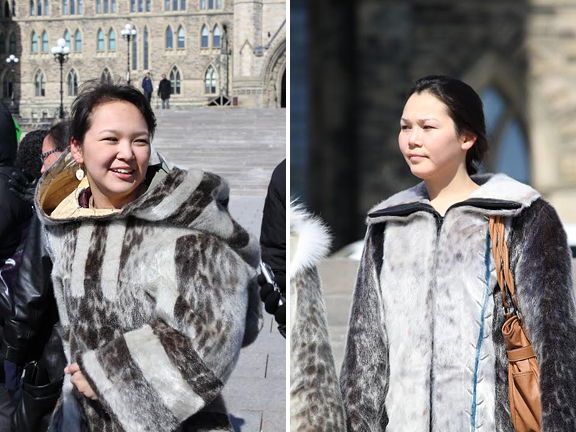 Above images by Barry Pottle as well as image below left.

The American (& unfortunately Canadian way) is to service one system – the economy – at the expense of all others. We see this represented in the food that has become symbolic of North America’s culture – burgers, bagels and pizza. This is a culture represented by food that is fast, cheap and easy and often processed using factory farmed meat and GMO wheat. It’s all about the dough. And we can’t seem to get enough. 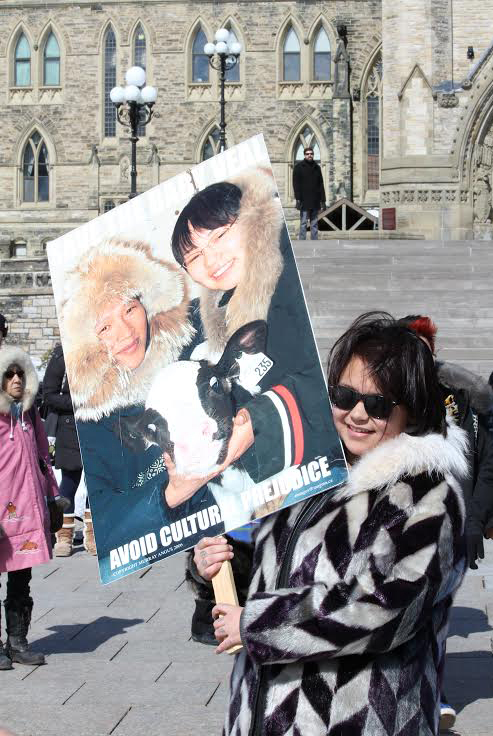 Signs held up at the protest promoted seals as a food source that is local, sustainable, and not genetically modified. Westernized foods need to be flown into the region from the south resulting in inflated prices that make healthy eating inaccessible. People are quite literally starving while fossil fuels pollute in the process of distribution.

Food that is fresh, healthy and whole is deeply satisfying because along with the nutritional value it offers emotional sustenance. When Inuk artist Barry Pottle set out to document Inuit food production for his project Foodland Security he also documented people’s responses to ‘country food’ from the North and the way it makes them feel. For Urban Inuit living in the south it connects them back to memories of family, friends and home.

“Country food means maintaining the good health that I was brought up with from birth. It means that I get to eat the freshest and purest forms of vitamins, minerals, and nutrition. If I don’t eat it, I get weak and sick.”

“Appreciation is always expressed to the hunter who harvested the catch, and to God when receiving country food, while eating, and after.”

Needless slaughtering by those living outside of the community for the sale of skins on the global market is a tragedy that should be addressed, as it perpetuates the devastation of the very ecosystems that nurture an environment where the seal can thrive. It also supports a larger system that strips Indigenous peoples of their right to self-determination. Living off the land is very different than taking without being thoughtful of the gifts nature has provided.

Approaches like Ellen’s tend to take the patronizing know-it-all stance without much actual investment in the community she is negatively impacting with her words. Another approach would be to get a sense of the culture! Starting today, Thursday, April 3 until April 7 the Edible Arctic Festival is on at the Museum of Nature and on Monday Inuit Tapiriit Kanatami is hosting the gala Taste of the Arctic at the National Arts Centre.

Barry Pottle’s Foodland Security photographs will be displayed at the Museum of Nature for the duration of Edible Arctic Festival.

For more information in Inuit Tapiriit Kanatami’s A Taste of the Arctic click here.

Sign Change.org’s petition against Procter & Gamble’s animal testing here. Animal cruelty in the beauty and hygiene industries is executed behind the closed doors of the laboratory. This technique sanitizes the kill. We think it’s not happening because we can’t see it but everyday billions of dollars are poured into industries that are intentionally and needlessly causing long term suffering to animals. IF we are speaking of systems, this one is archaic and everyday we support it with our dollars.

You’re funding and supporting animal testing every time you purchase one of these brands owned by P&G.

Click here to read about how the economics of fashion has created a system of production that is polluting waters around the world but doing irreparable damage to China.

1 thought on “INUIT IN OTTAWA: Foodland Security, A Taste of The (Edible) Arctic & How To Do Away With Cultural Prejudice While Having Fun!”