If it’s too rainy or too hot and you need to slip into someplace to get off the street, if you are downtown then MIXED BAG MAG recommends 401 Richmond. On the south side between Peter and Spadina 401 Richmond is an old industrial building that has been converted into a centre of “cultural producers, microenterprises, galleries, festivals, and shops.”

If you wander around the first floor you encounter gallery spaces around every corner. And last Thursday, in need of a day to get lost on the way to getting creatively found, I came across some great stuff that moved me in the right direction.

Aasooke translates “to tell a story” in Ojibwe and Summer beautifully renders enduring legends with a cyperpunk edge making the work traverse time. Juicy and layered, my only critique – this show makes me want to see more!

“Legends, through storytelling, express the early beliefs and perceptions of a culture, including their particular fears and anxieties. Artist Summer Faith Garcia, in her presentation Aasooke, re-imagines the legends and stories learned during her childhood at Walpole Island, Bkejwanong First Nation. The exhibition’s selection of written and photographic works expand the boundaries of oral storytelling to embody a contemporary multi-media interpretation.” Read more…

At first glance both Alicia and Coco’s work comes across as light hearted – Coco draws with all the colours of the rainbow  and Alicia has built a dollhouse –  but looking longer you witness the brutality  rooting the work in its heaviness.

“Unburying Our Histories lays bare the devastating intimacy of political violence, and the centrality of its denial to our unequal social and political reality. In works that trace their families’ histories in meticulous detail, Alicia Coutts and Coco Riot have created vivid, trans-generational archives of genocide that confront us with the violence of their disavowal. Coco Riot’s Los Fantasmas (2013) documents the 200,000 civilians killed by fascist troops and buried in mass graves during the Spanish civil war of 1936-1939. Alicia Coutts’s The House in which Florence Sabina Jantina Coutts-Zawadzki Grew Up (2009) takes up the post-war disavowal of Jewish identity, and the intimate enactment of racism within mixed families. Unburying Our Histories turns us toward the affective work of the political. We might think of these apparitions as matter out of place: European hauntings in a middle-class Toronto household; Spanish genocide reproduced on paper and placed on walls. These works prompt us to unbury our dead and acknowledge that their disavowal continues our unequal social and political reality.”  Read more…

These works are said to be about monsters and strange beings but my eyes found them friendly. Alexei’s collection of screenprints vibrated beyond the paper and once I read the exhibition brochure and the essay Reflections in a Multitude of Eyes I understood the life force coming through his work.

“Stylistically informed by his commercial practice, Beings From Beyond explores and addresses Vella’s personal interest in monstrosity and ungodly things, influenced by pulp fiction and pop-culture. Recalling an alignment with the monster at an early age, Vella sympathized with these creatures, imagining himself in their position, adopting their personae, becoming a different monster depending on the qualities he wished to portray on the playground. Beyond a childhood fascination, alignment with the monster stemmed from Vella’s attempt to process his feelings toward his body and his struggle with his own physical transformation; the fictional monsters became beings to which Vella could relate his own experiences.”  Read more… 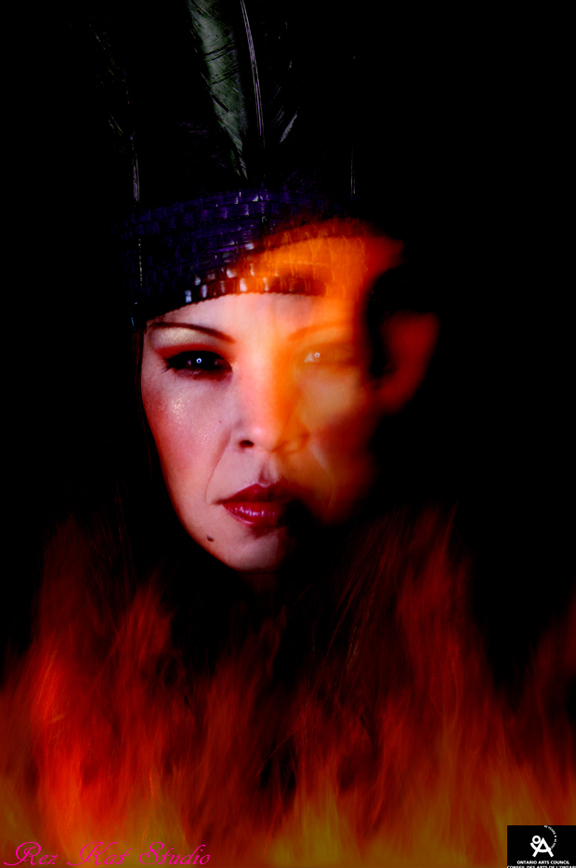 Aasooke at WARC by Summer Faith Garcia. Image provided by the artist.