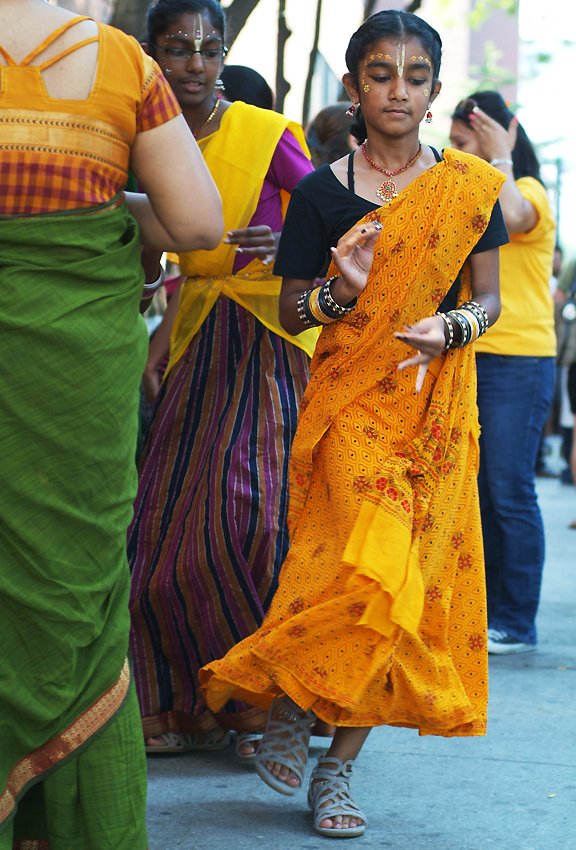 In its 40th year in the City of Toronto, the Festival of India “stems from thousands of years of tradition and heritage…and echoes an annual procession that has occurred for centuries in the ancient city of Puri, India.” (Sited from www.festivalofindia.ca)

For the parade, devotees of Krishna pulled ropes attached to large chariots from just north of Bloor down Yonge to Queen’s Quay.

“Seated on each float (chariot) are beautifully bedecked Deities of Jagannatha (another name for Krishna or God), Baladeva (Krishna’s brother), and Subhadra (Krishna’s sister). The procession itself symbolizes the pulling of the Lord into our hearts and thus is done with great pomp and grandeur.” (Sited from www.festivalofindia.ca)

Along the way there was singing, dancing and displays of devotion with devotees chanting the prayer to Krishna:

The energy arising around the spectators that lined Yonge was upbeat and charged with the celebratory spirit.

The festival is organized by the International Society for Krishna Consciousness (ISKCON Toronto). Along with the mandate to share with the Toronto community what it means to be a devotee of Krishna ISKCON “also regularly conducts programs for youth empowerment, community care and a “Food for Life” program involving regular outreach to the underprivileged via the distribution of hot vegetarian meals.”  (cited from www.festivalofindia.ca)

More about the International Society for Krishna Consciousness (ISKCON) on www.torontokrishna.com. 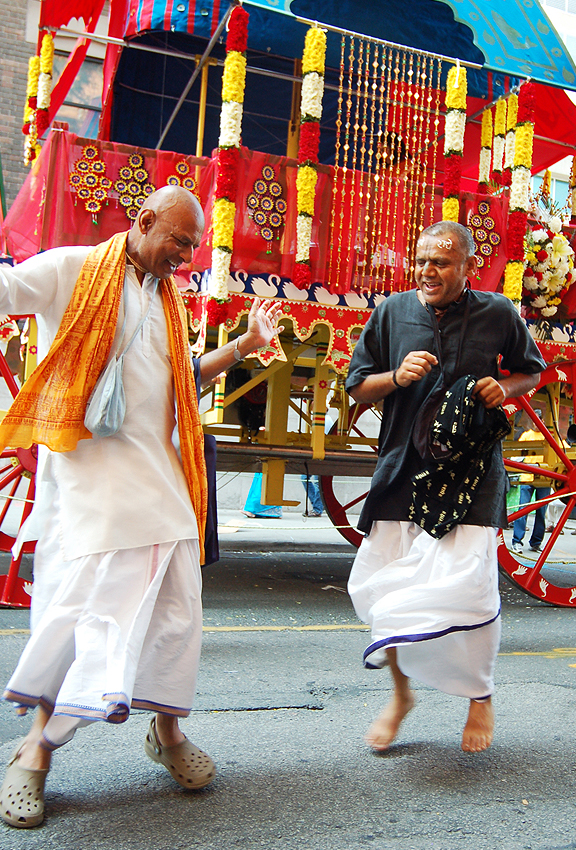 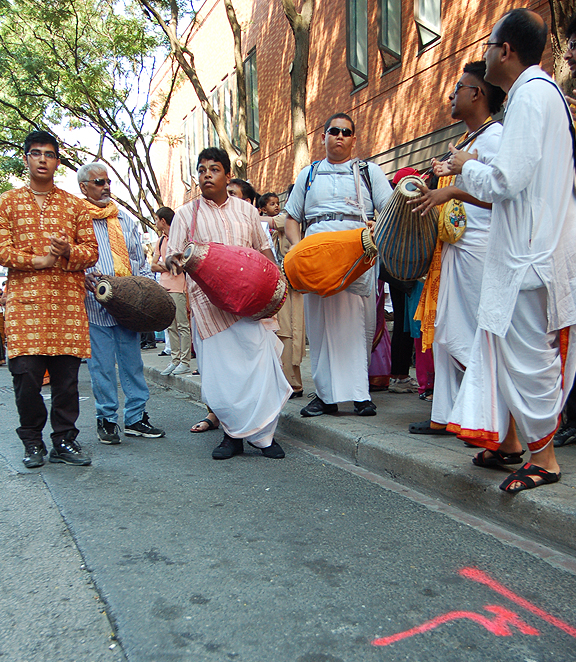 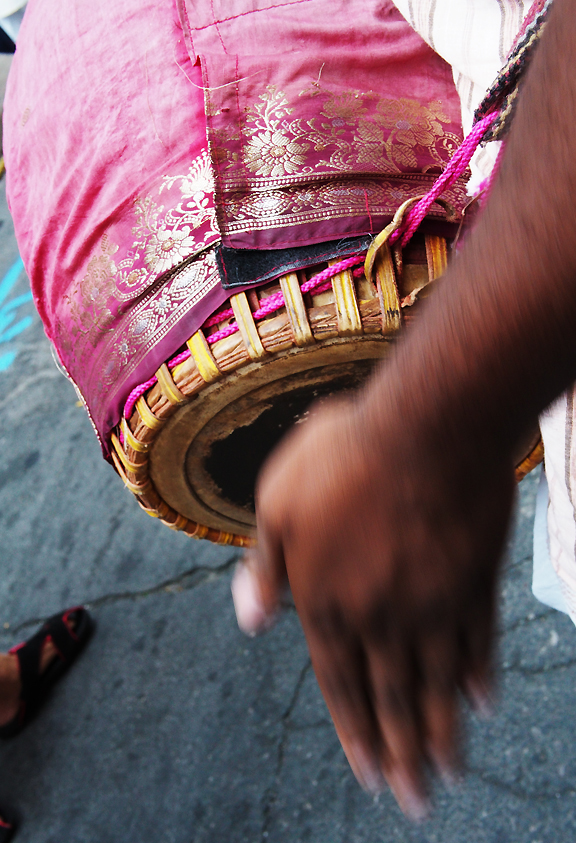 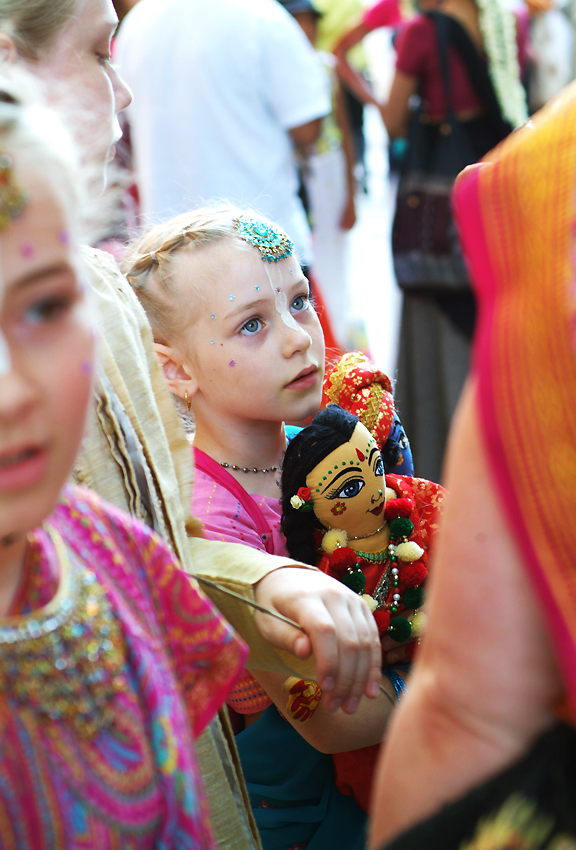 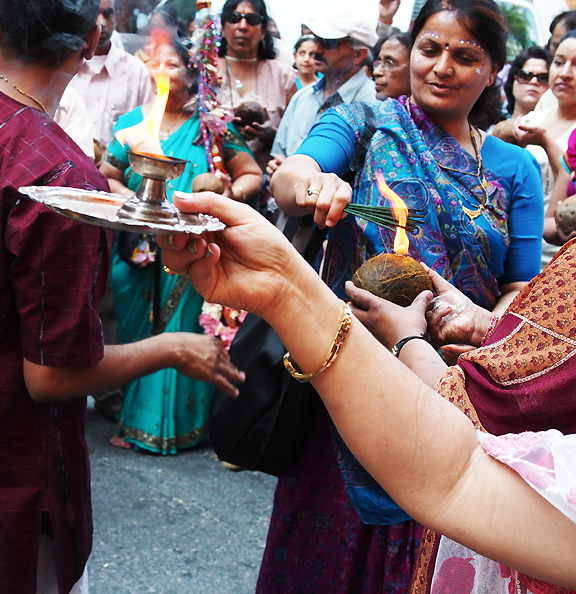 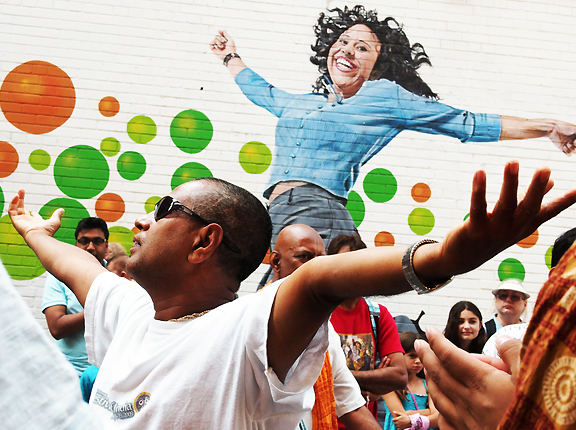 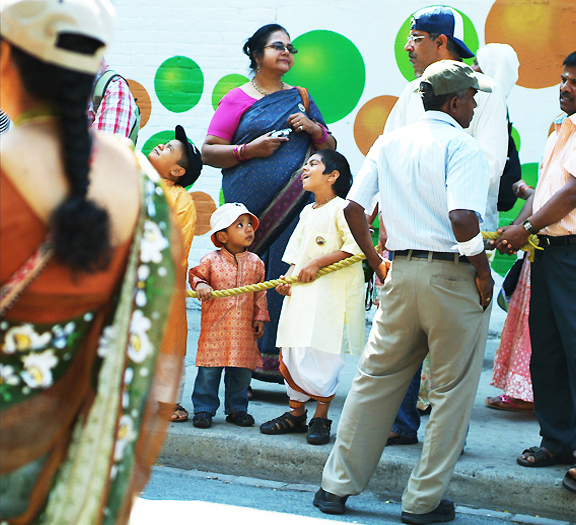 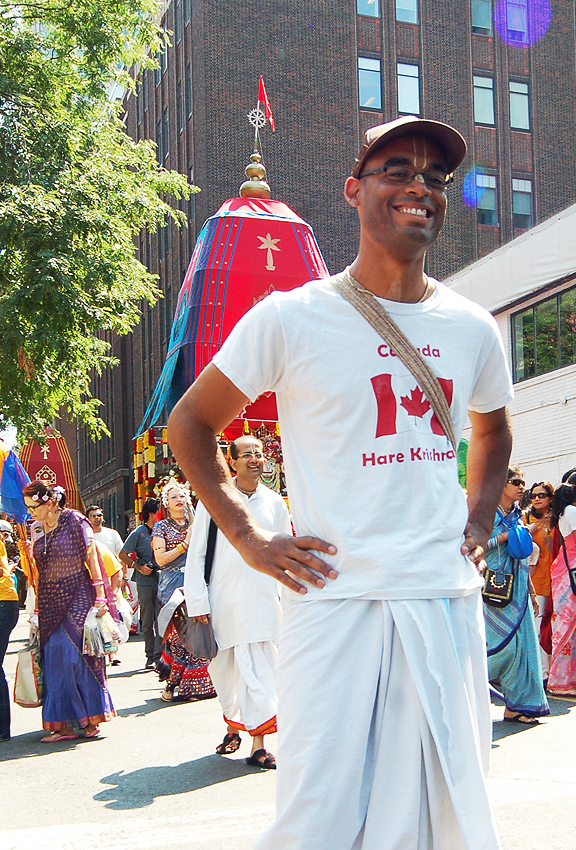 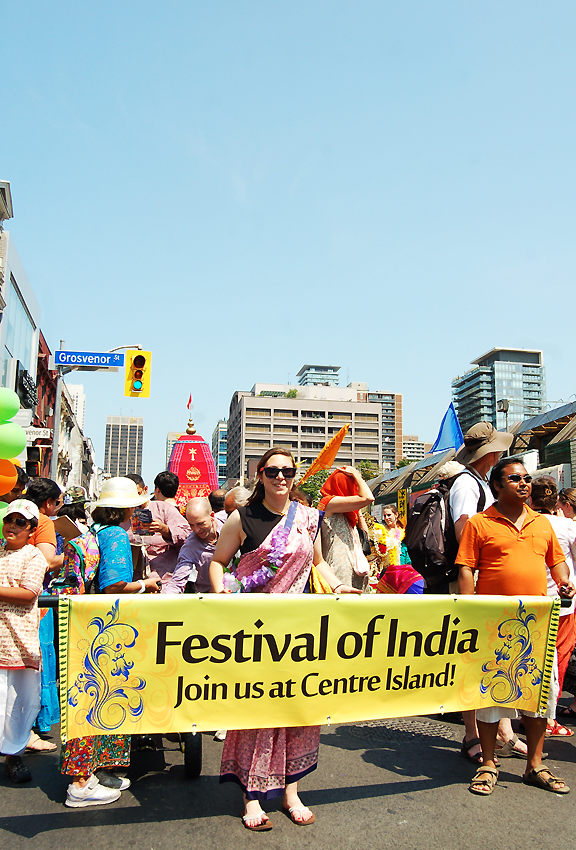 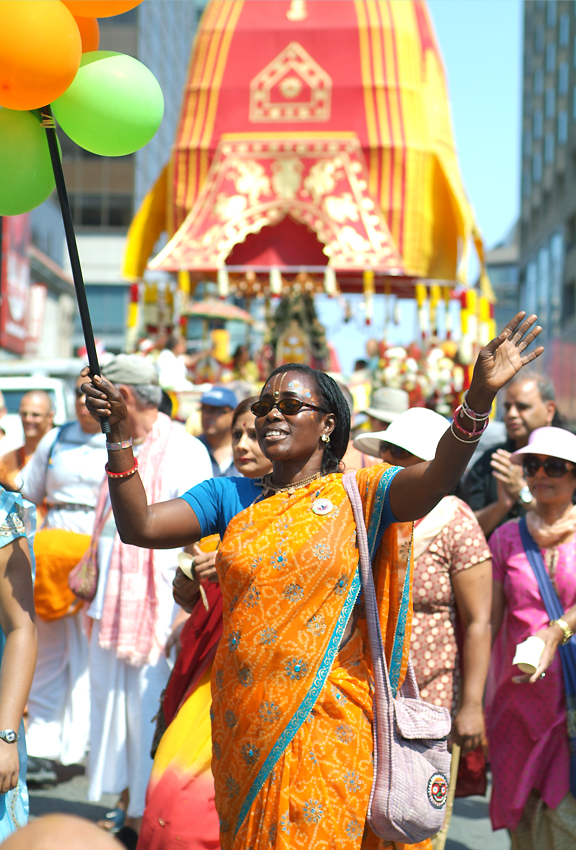 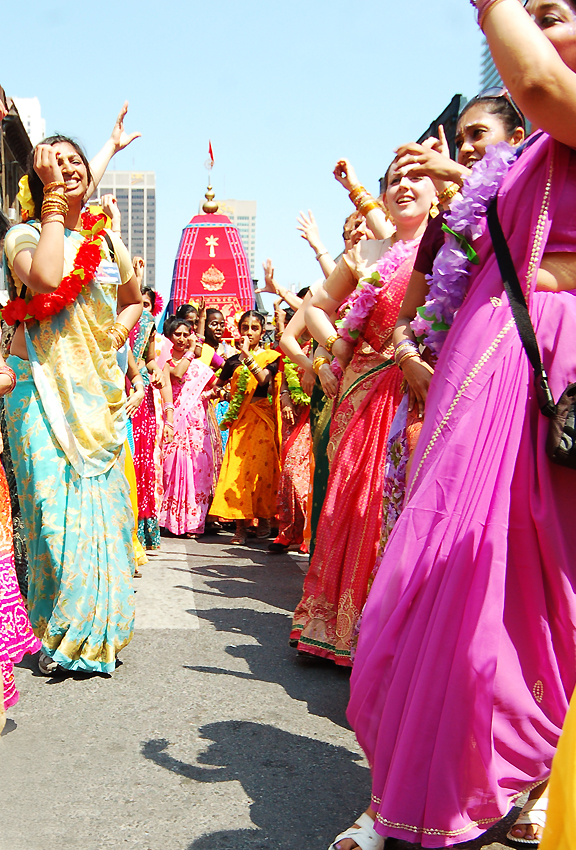 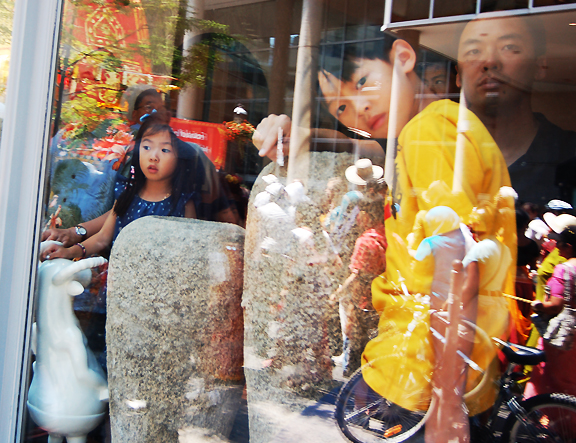 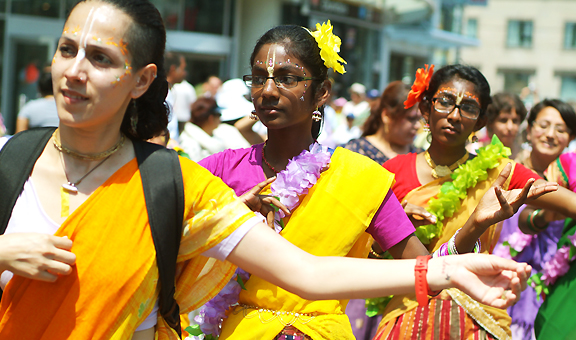 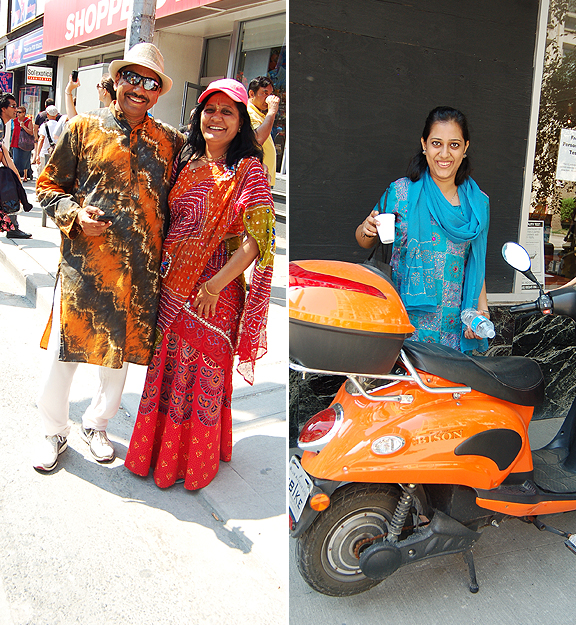 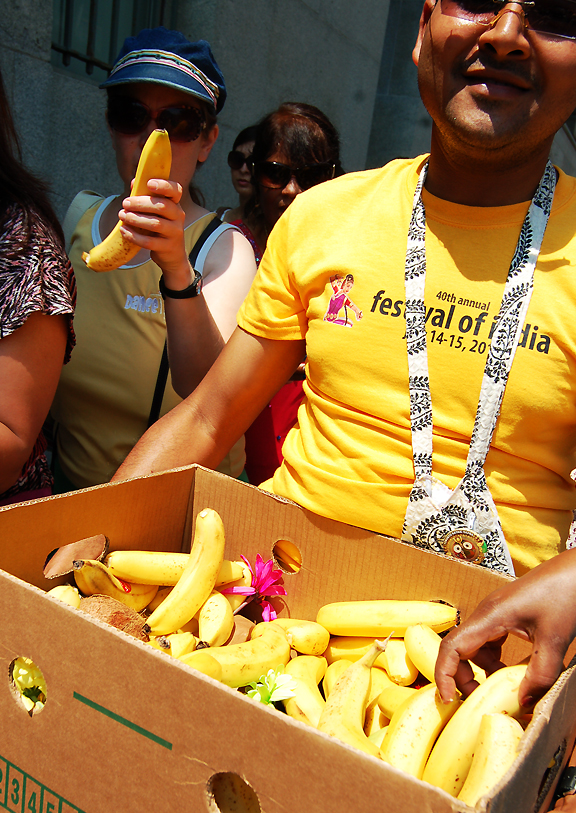 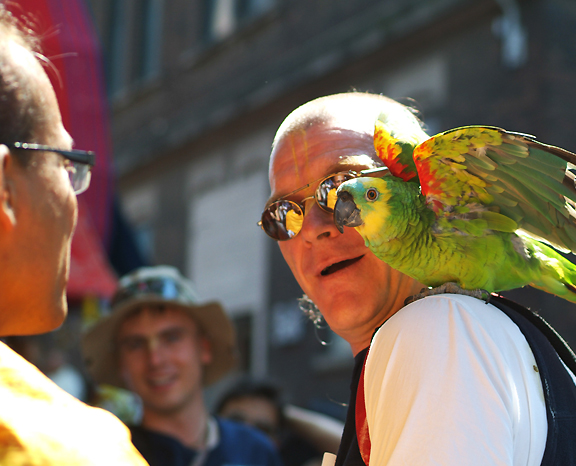 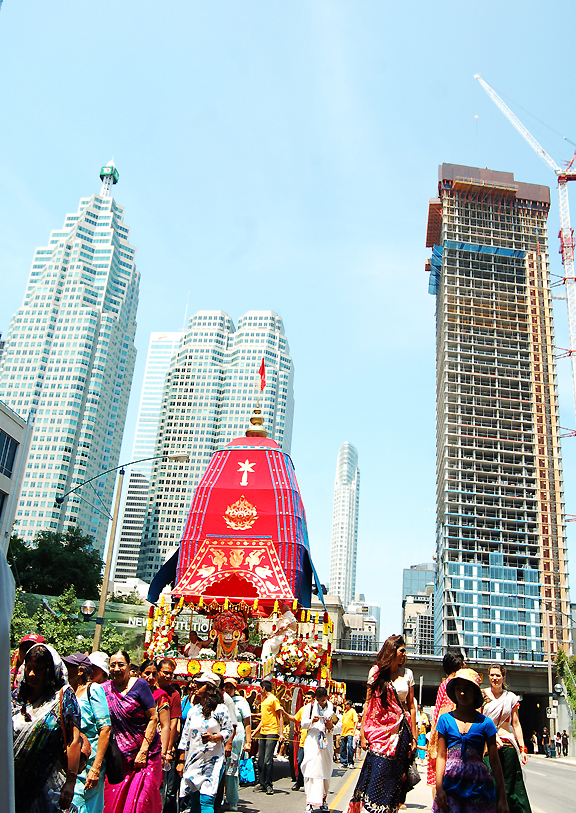 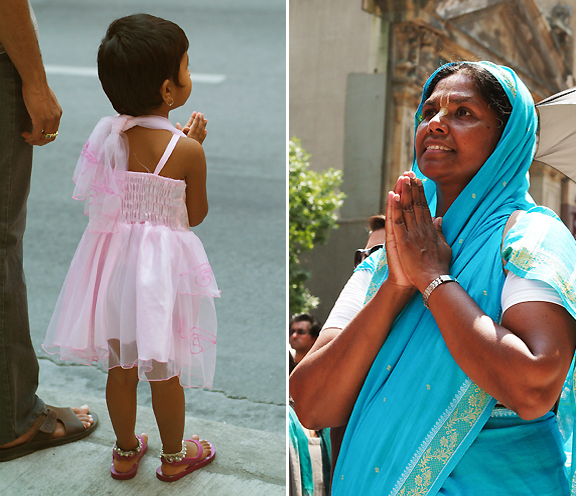 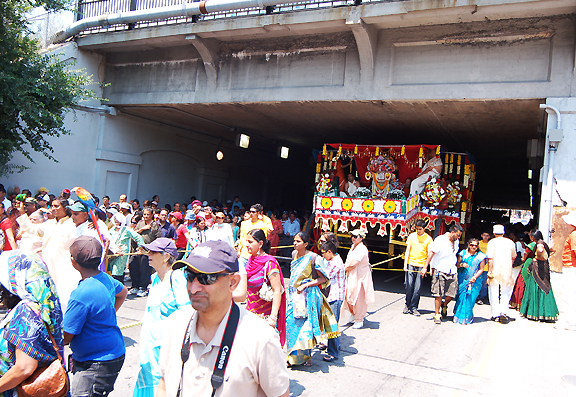 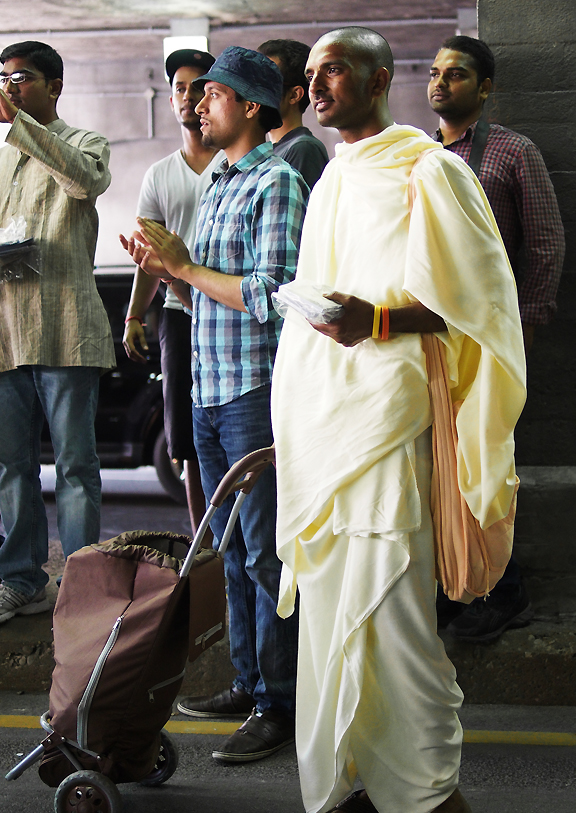